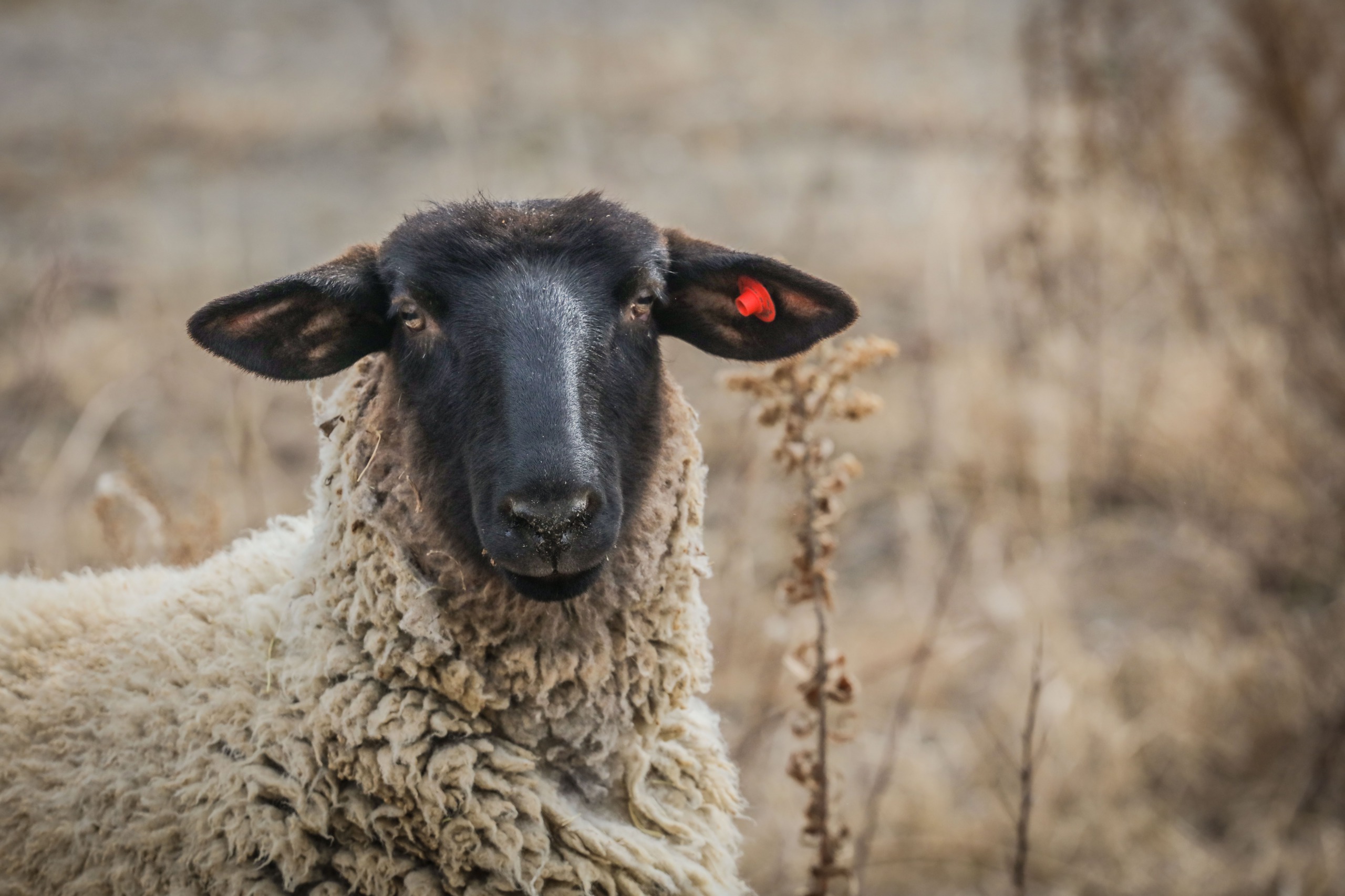 Iwanuma City is in the east-center Miyagi Prefecture, bordered by the Pacific Ocean to the east. The Abukuma River runs through the city; thus Iwanuma has both sea and river.

千年希望の丘-Hope Comes from Courage and Wisdom 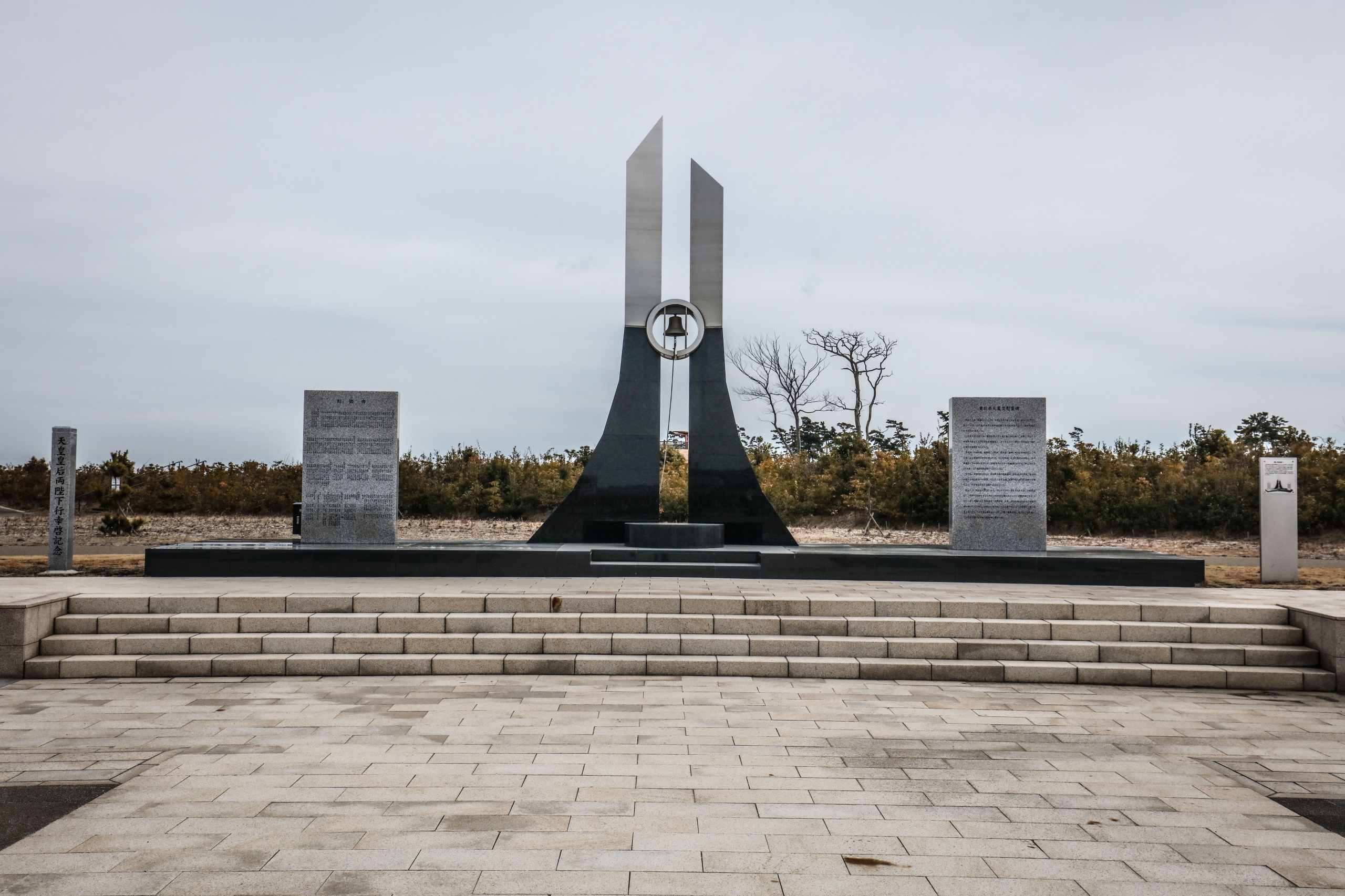 The Millennium Hope Hills (千年希望の丘) is a park in construction near the seaside of Iwanuma. The hills and green embankment are constructed in order to attenuate the power of future tsunamis, enlightened by the multi islands as the buffer area of Matsushima that protected the town from the tsunami. 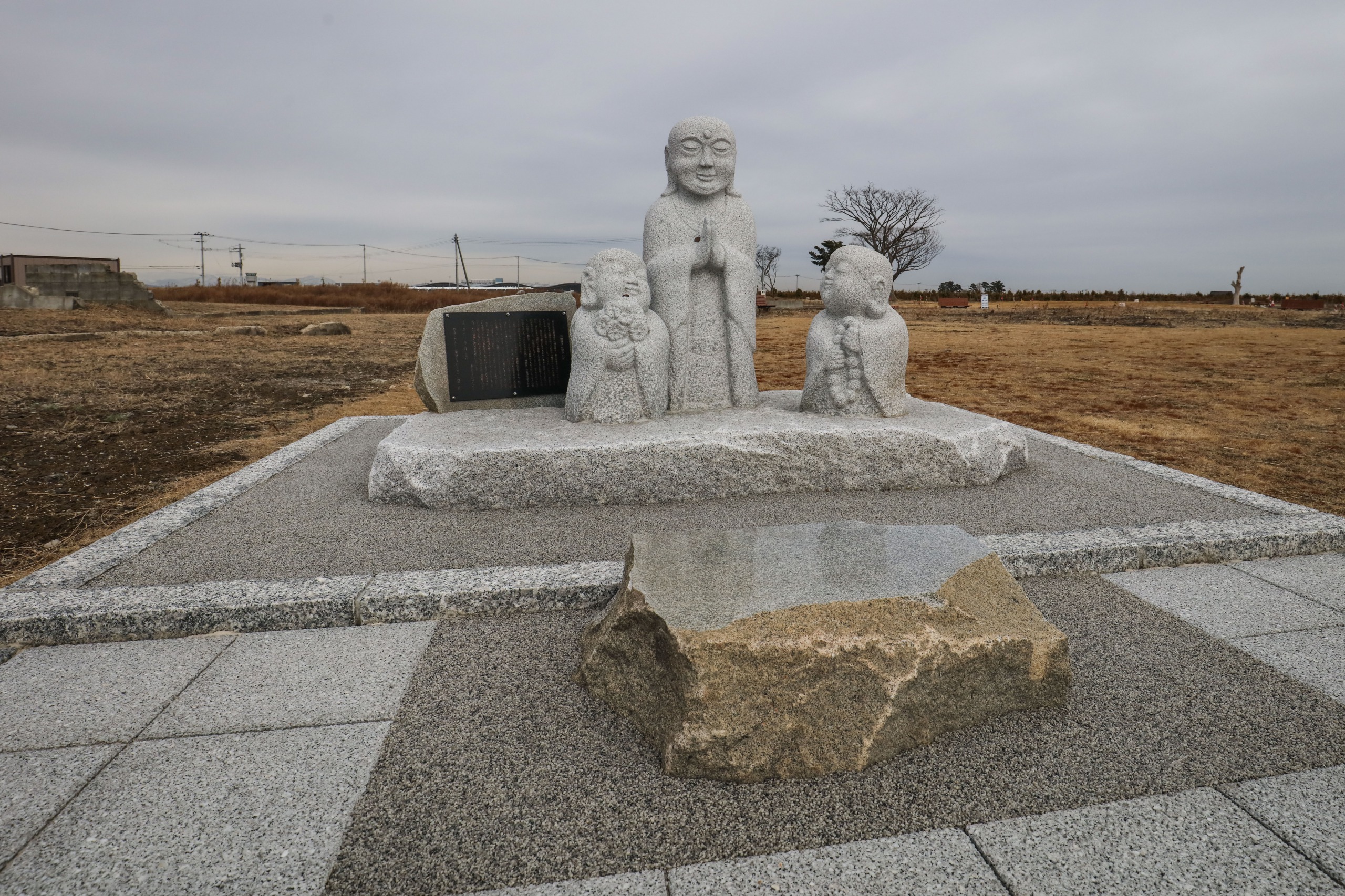 This park is also used as a disaster heritage site to educate the young generation. It is built upon the earthquake ruins; the construction material comes from the earthquake waster. 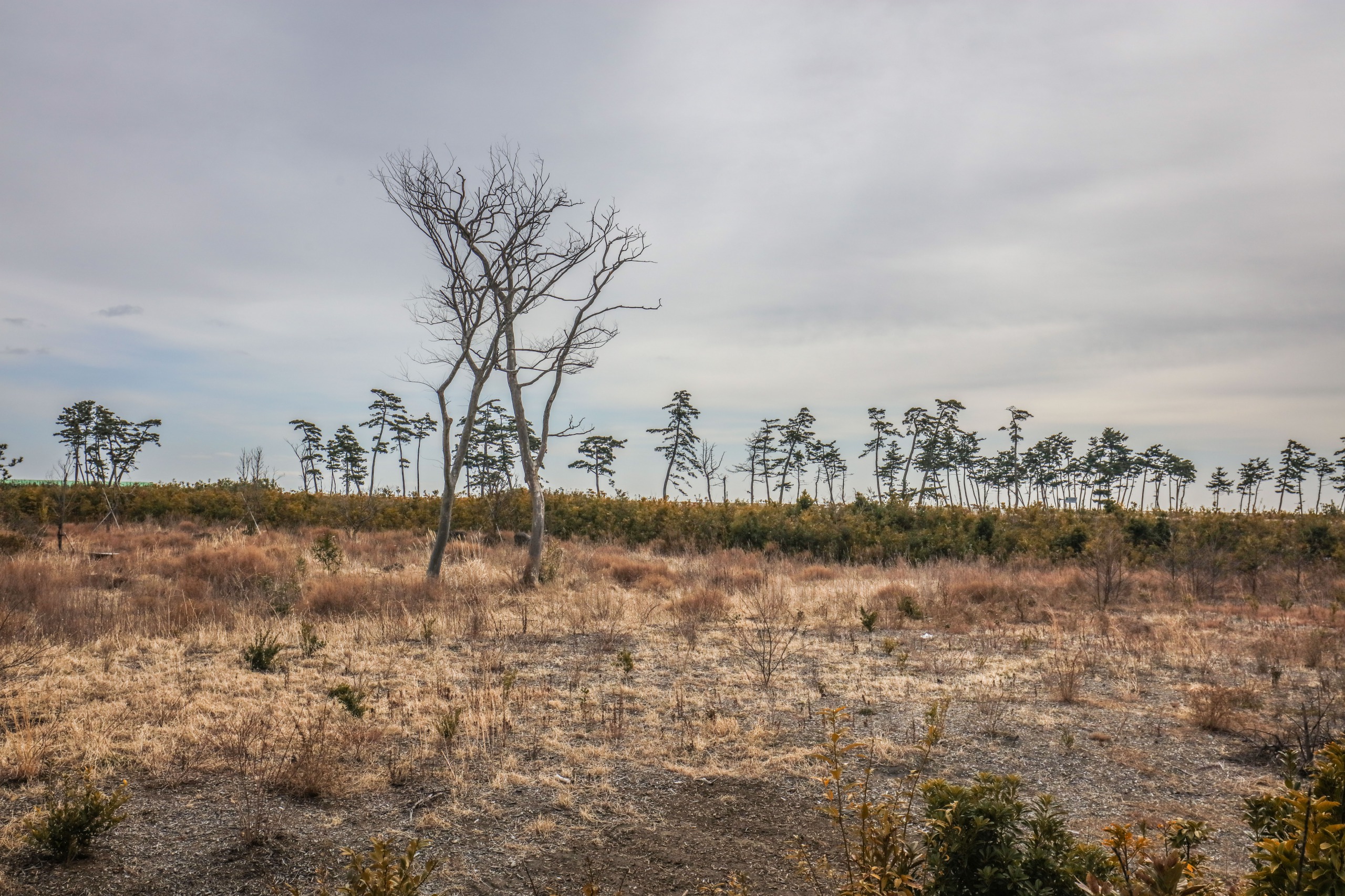 Japanese people learnt the wisdom of minimizing the damage in catastrophes instead of defending against the forces of nature directly. The address of 千年希望の丘 is as follows. 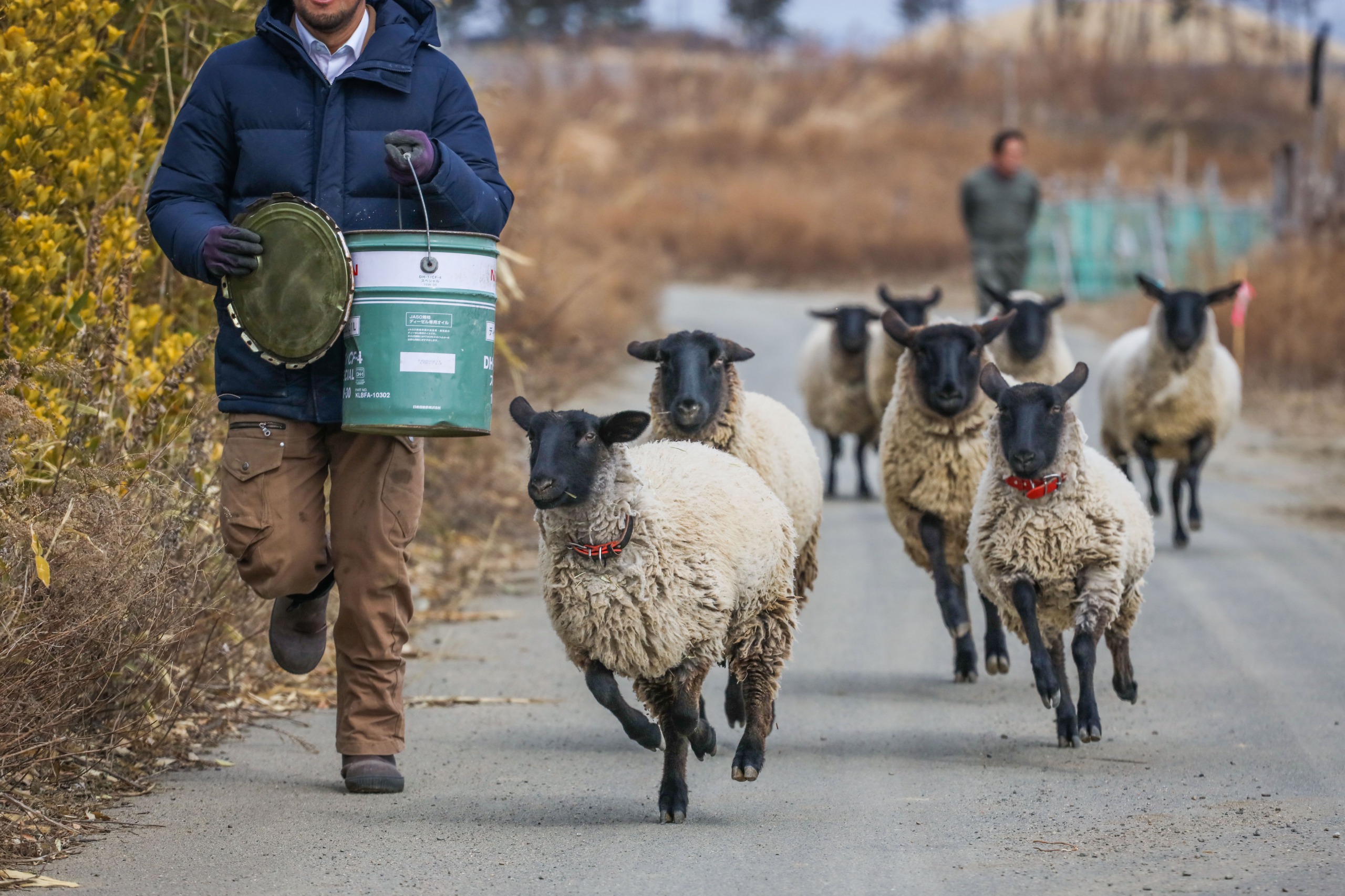 Today I met with some special sheep just near the Millennium Hope Hills; unlike other sheep, the “Iwanuma sheep” is a herd of sheep stocking at the tsunami ruins. At first, there were just two sheep in the beginning, but up until today, there are more than ten Iwanuma sheep in total. 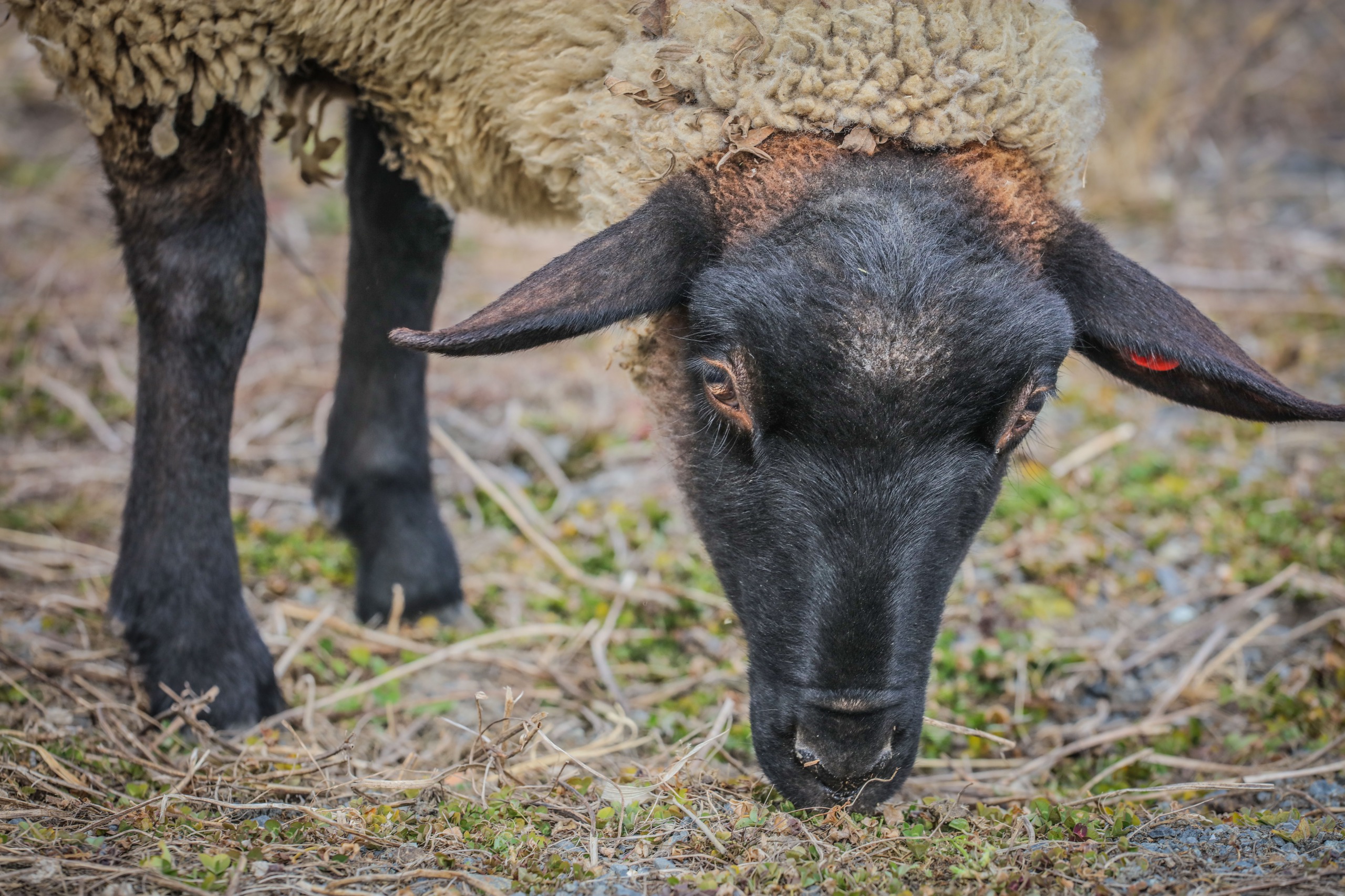 The sheep are raised to cure the injured heart of local residents in the tsunami, and each year, there are all different kinds of activities associate with the sheep. 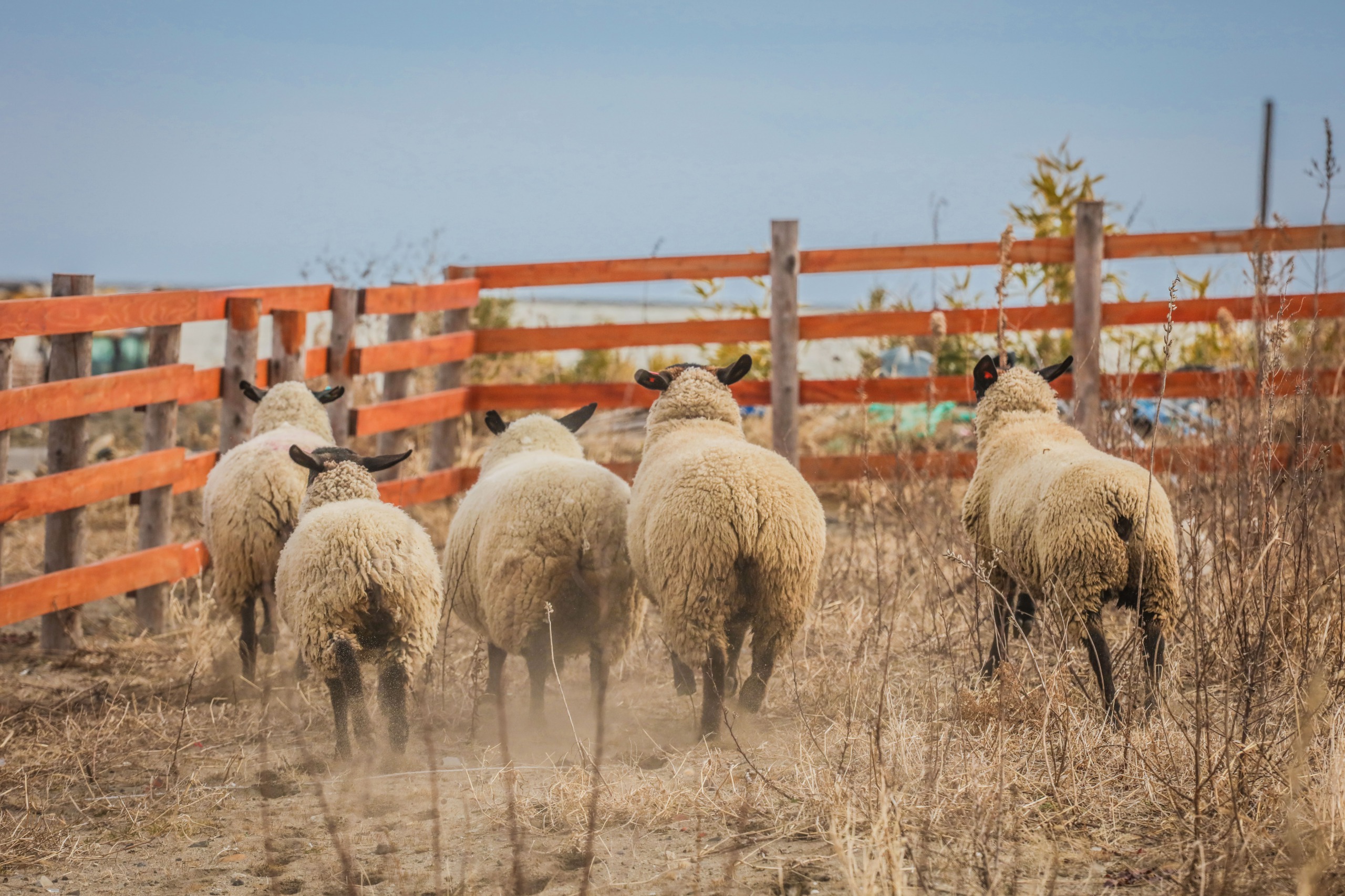 The Iwanuma sheep are wildly raised, therefore they are more vivacious than the farm-raised sheep. 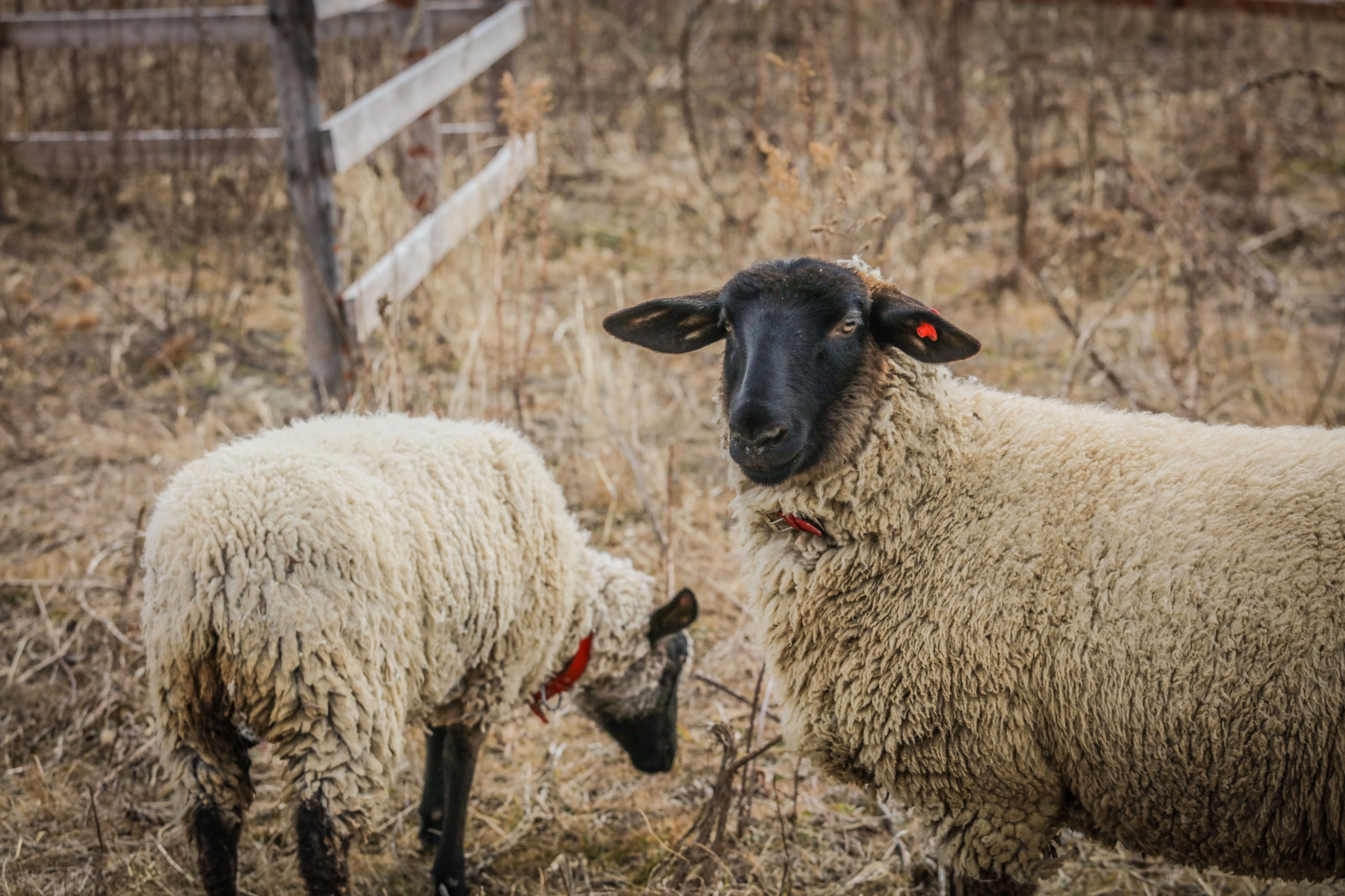 It was really hard to take a picture for the sheep, normally, they just keep eating the grass on the ground, simply ignoring the sound around them. I had to wait for the very moment they raised their heads. 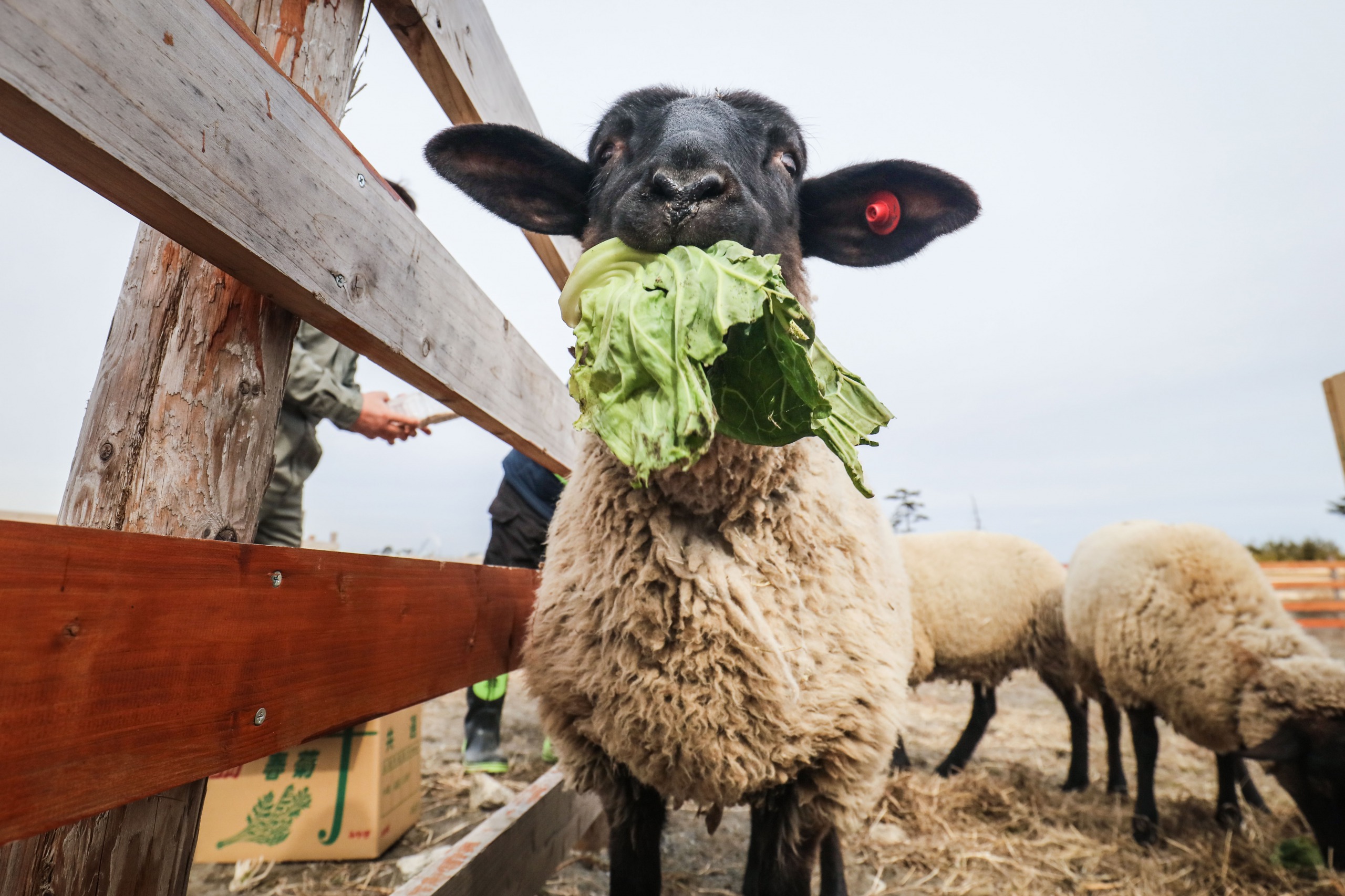 The sheep is just so cute, no wonder they are thought to have the “curing effect”.

岩沼精工-The Representative of Make in Tohoku 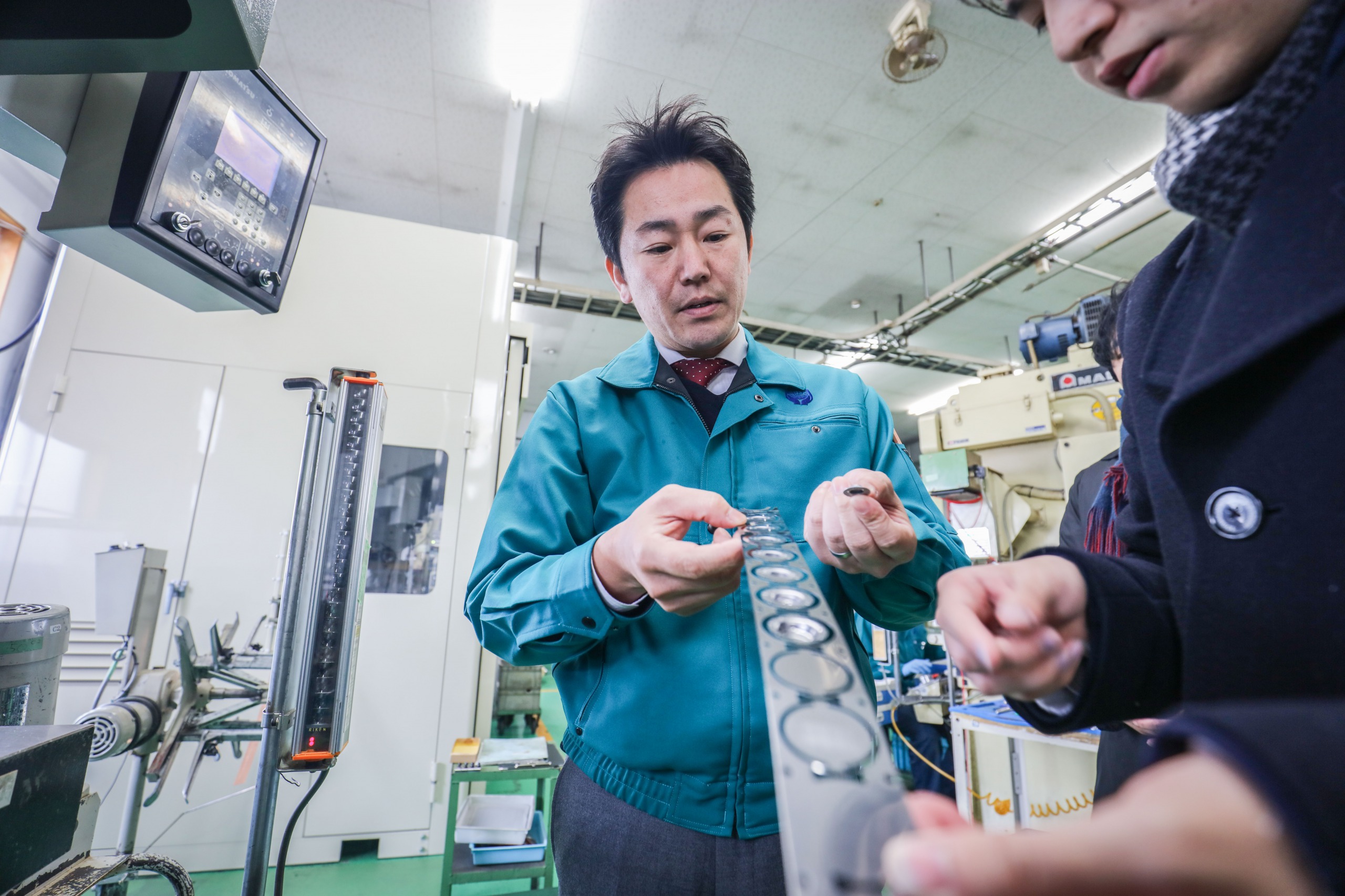 Established in 1974, the Iwanuma Seiki (岩沼精工) is one of the best precise instrument manufacturing and mental processing company in Iwanuma City, Miyagi Prefecture. 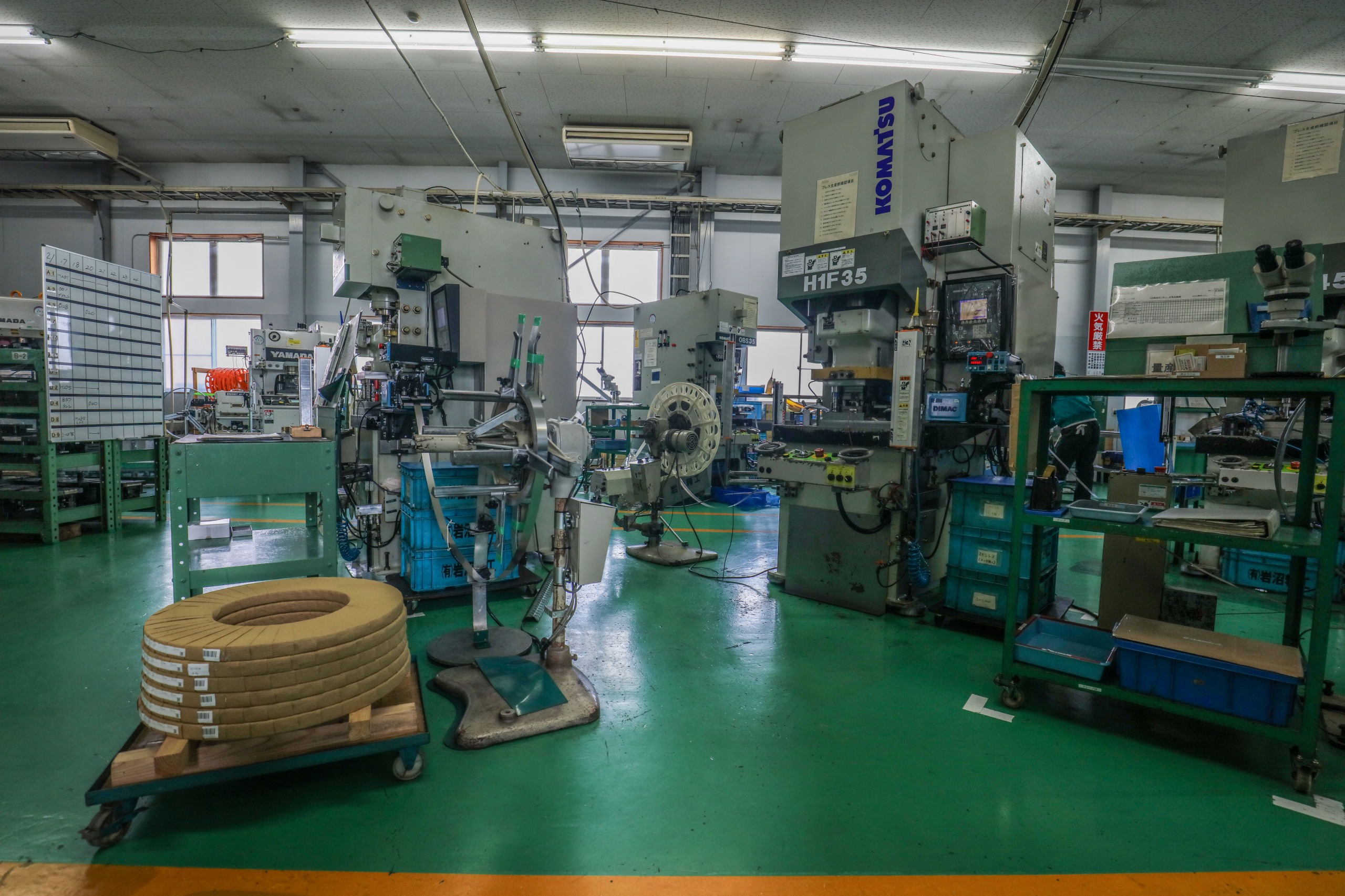 But the company was also famous for another reason – they ranked the third in World Peg-top Competition. The peg-top is a popular children toy in Japan, and Iwanuma Seiki’s peg-top is now nationally famous because of the competition. 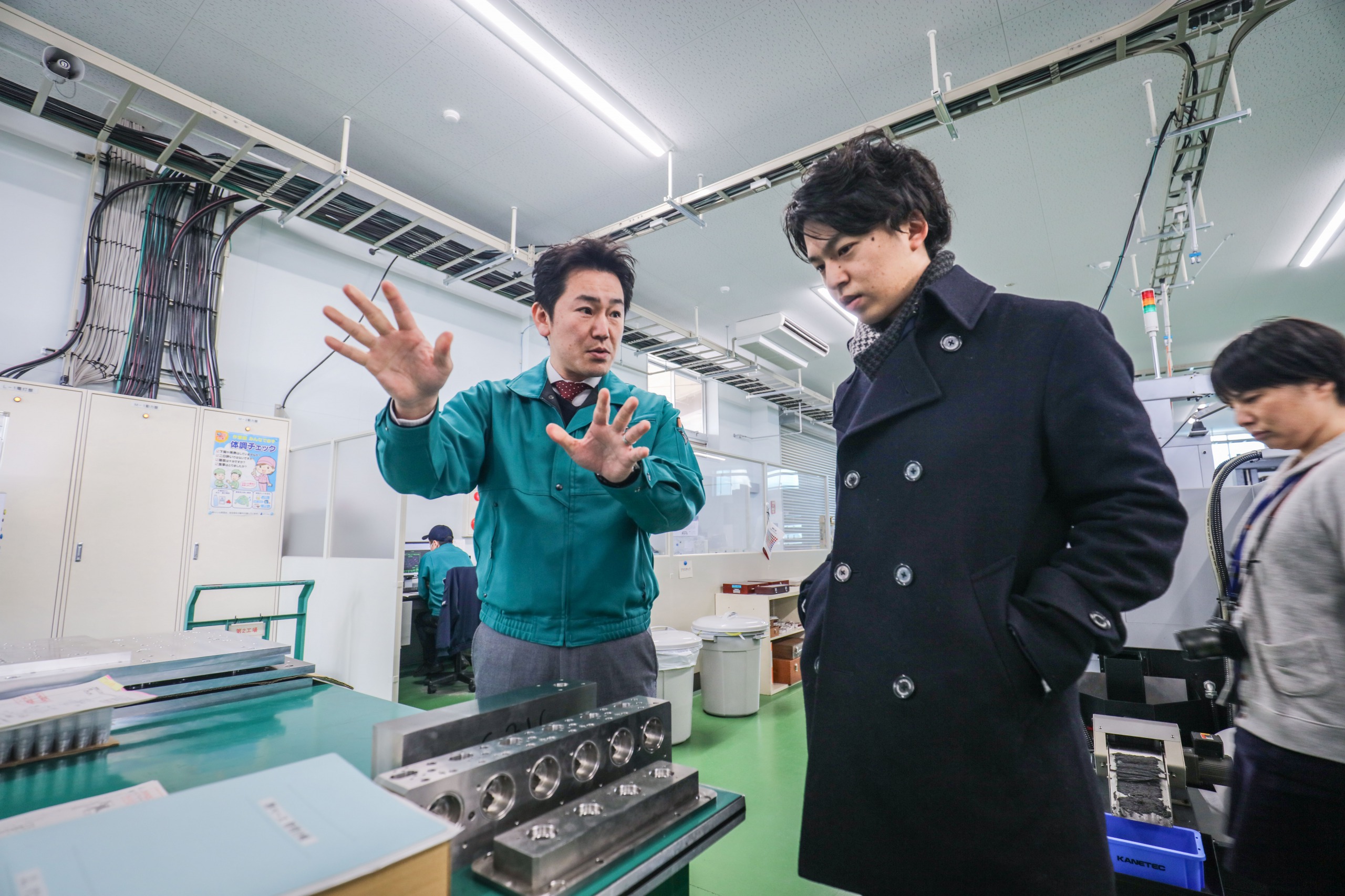 It is very hard to imagine that peg-top is only the byproduct of Iwanuma Seiki’s main business. Under the guidance of Mr. Chiba Koji (千葉厚治), CEO of Iwanuma, we made several gyros using the equipment in the factory. 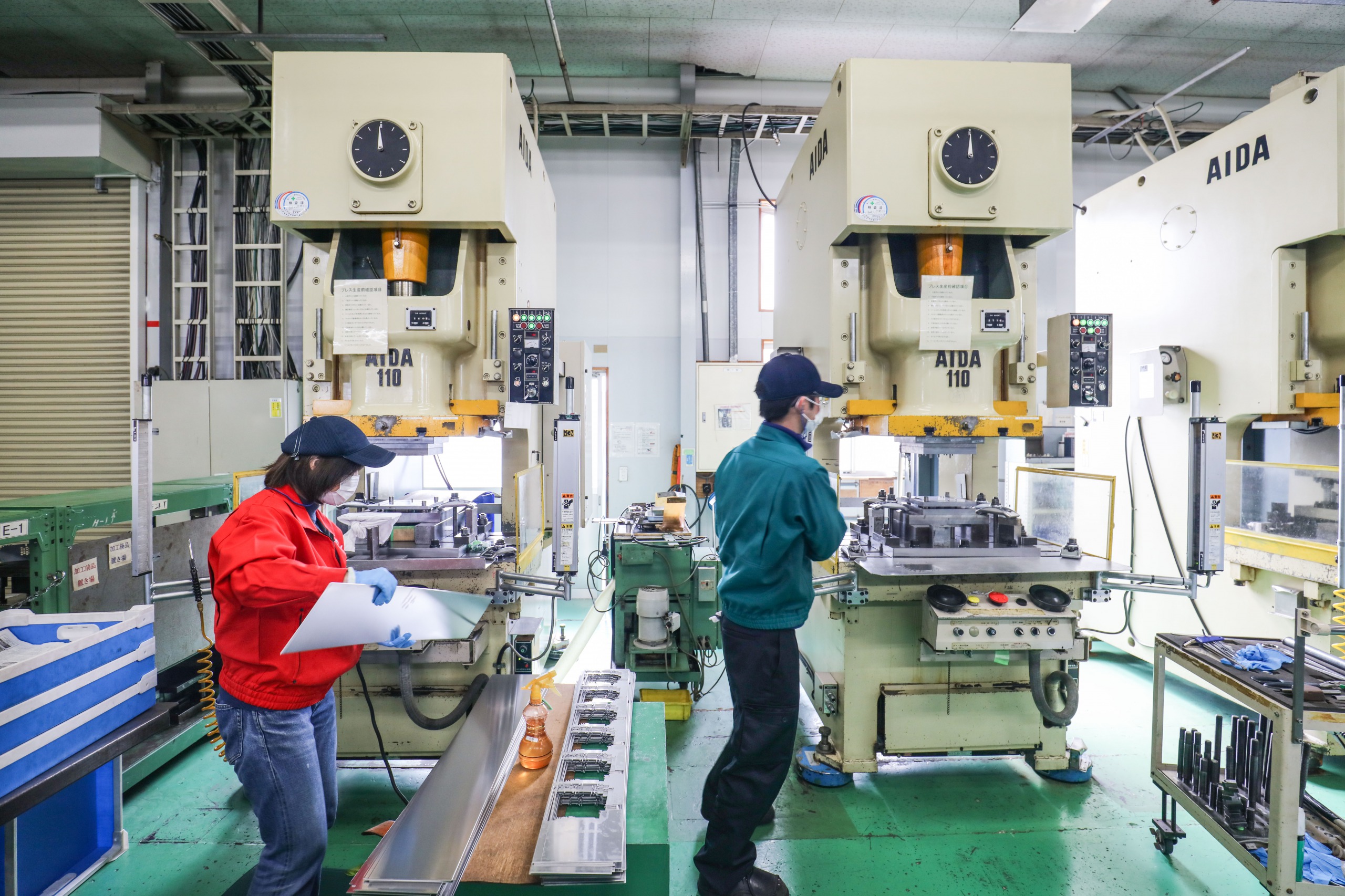 The factory and management model shows the extent to which Japan is well-mechanized. There are more machines than human employees in the factory. 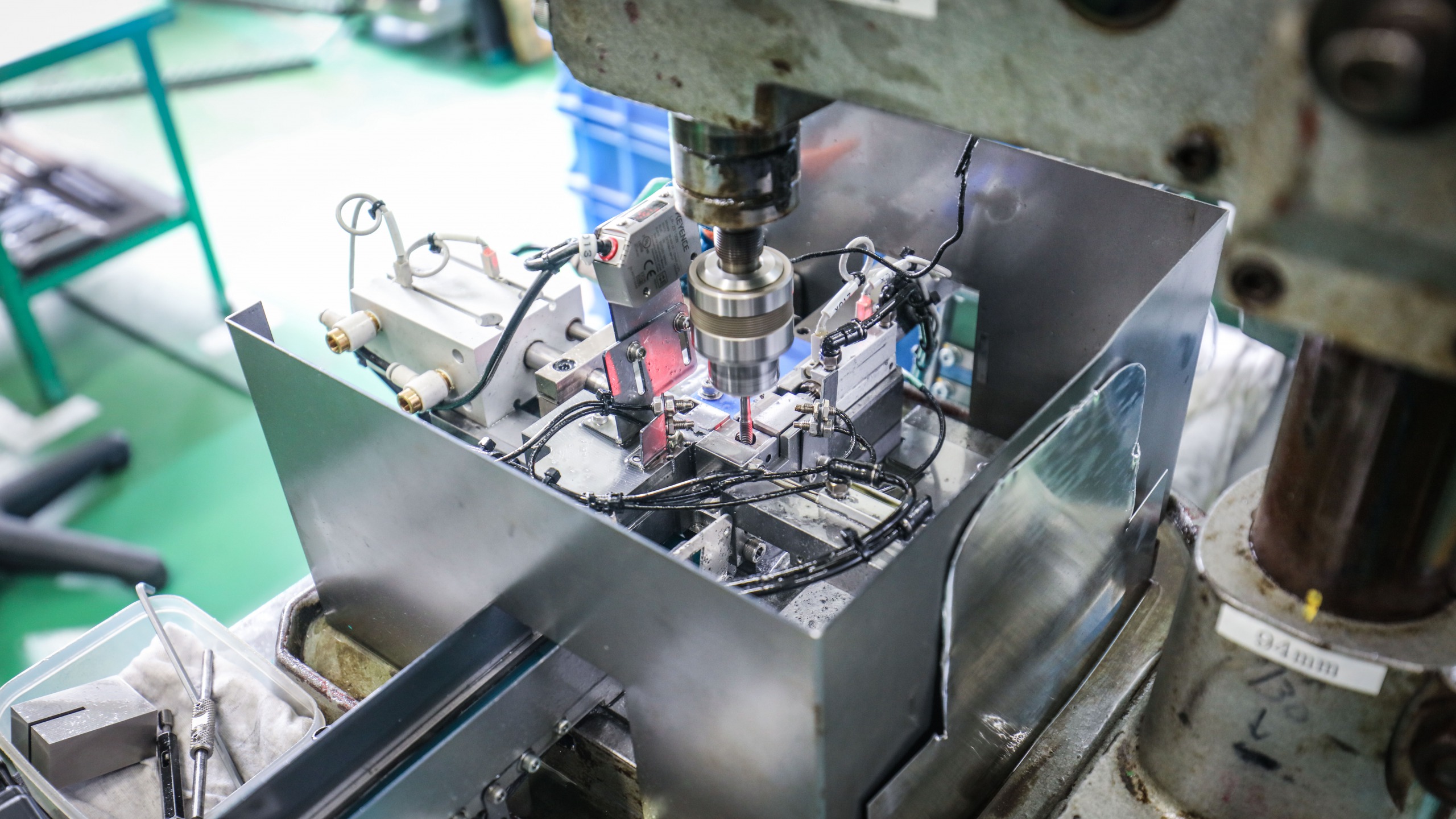 Every production process is done by machine to ensure its quality and precision. 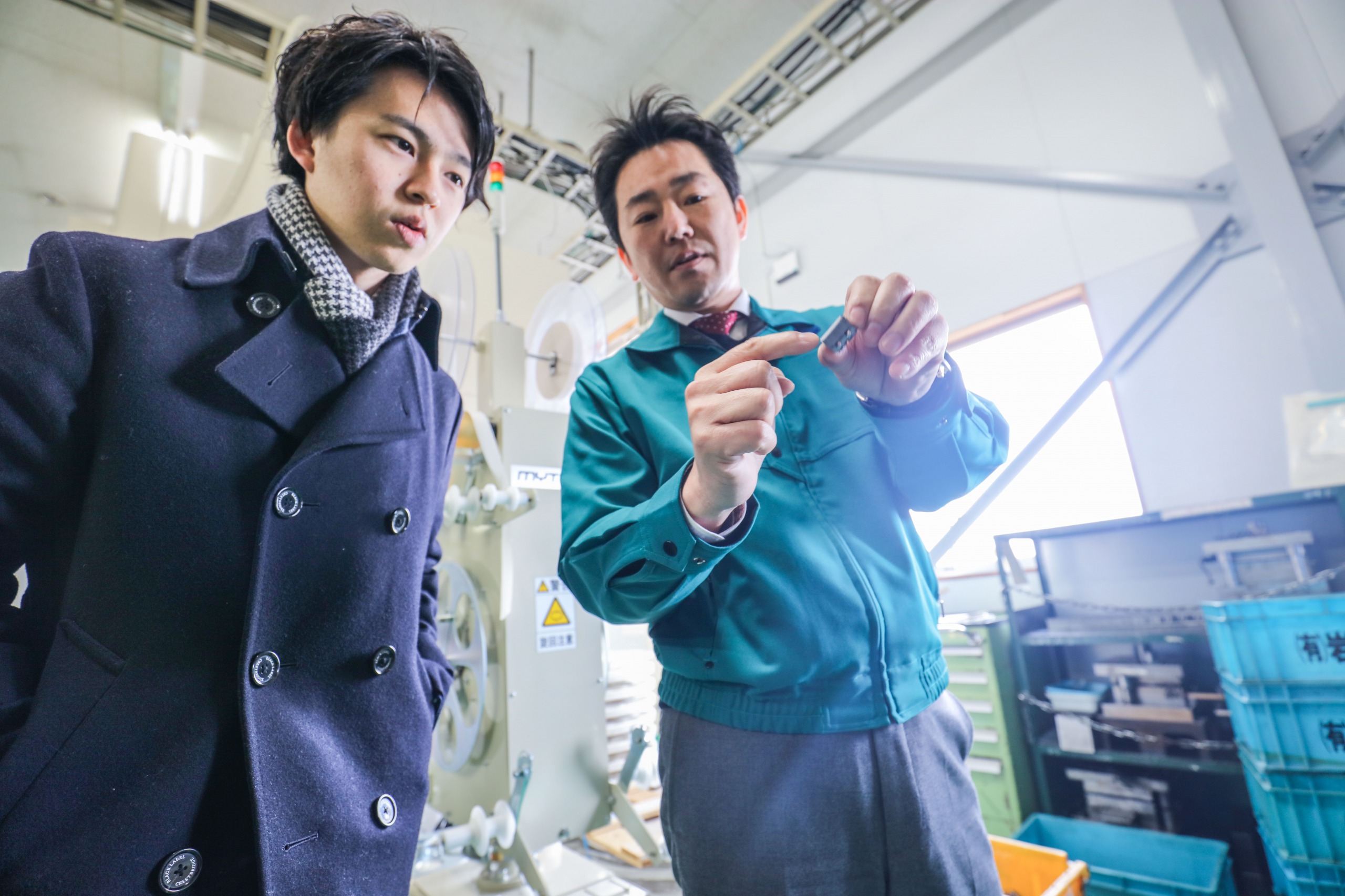 Mr. Chiba Koji is very proud of their products. 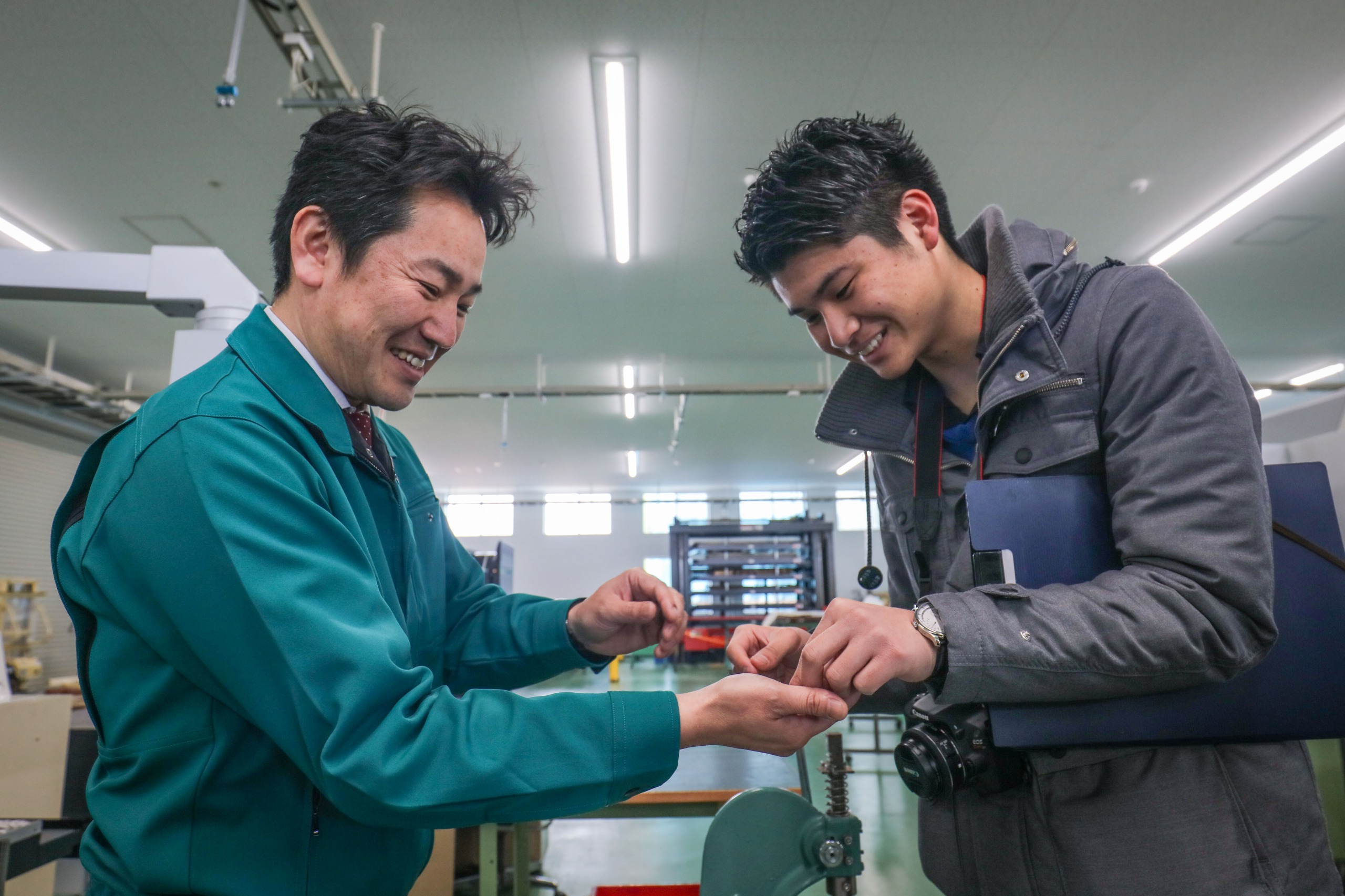 The production rate is overwhelming in Iwanuma Seiki. The address of 岩沼精工 is as follows.

The Ramen-Mengumi (ラーメン麺組) is a national-famous Ramen Restaurant in Iwanuma. It is so famous that we wait for 45 minutes to taste the noodle. 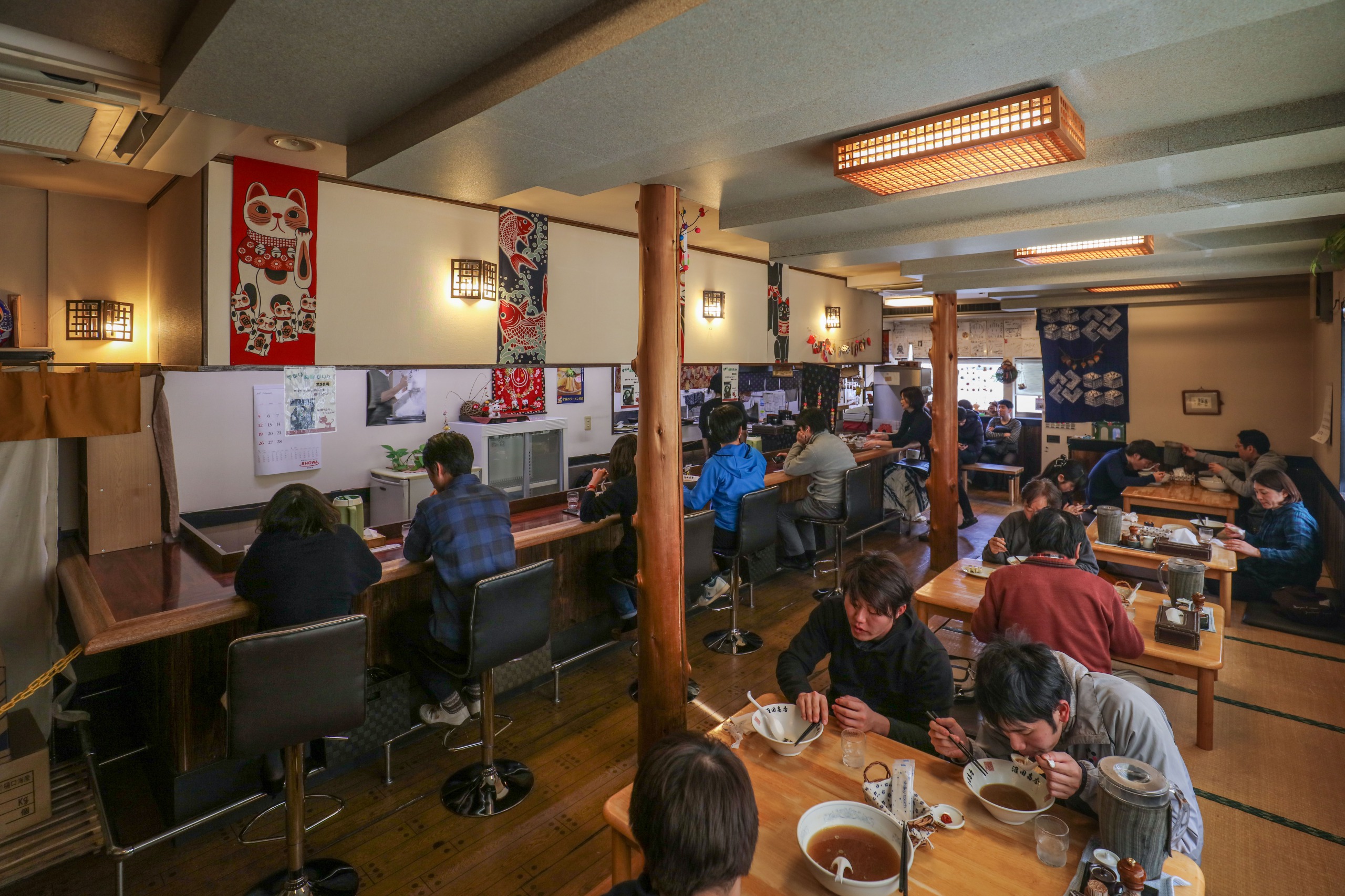 It was 13:45 now but there are still many people waiting for the line. 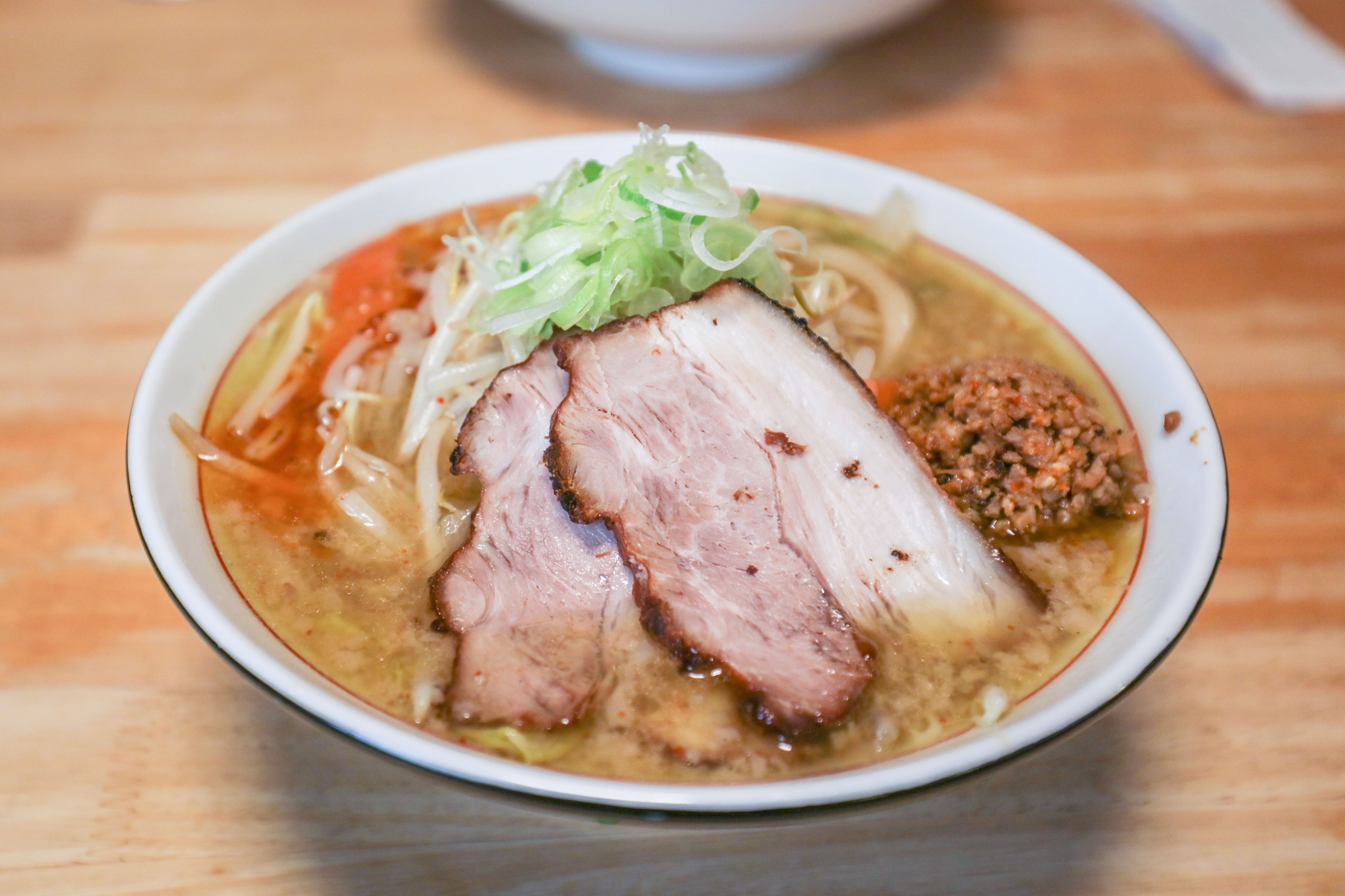 The Ramen is wonderful, it is slightly different from normal Ramen. The address of is as follows. 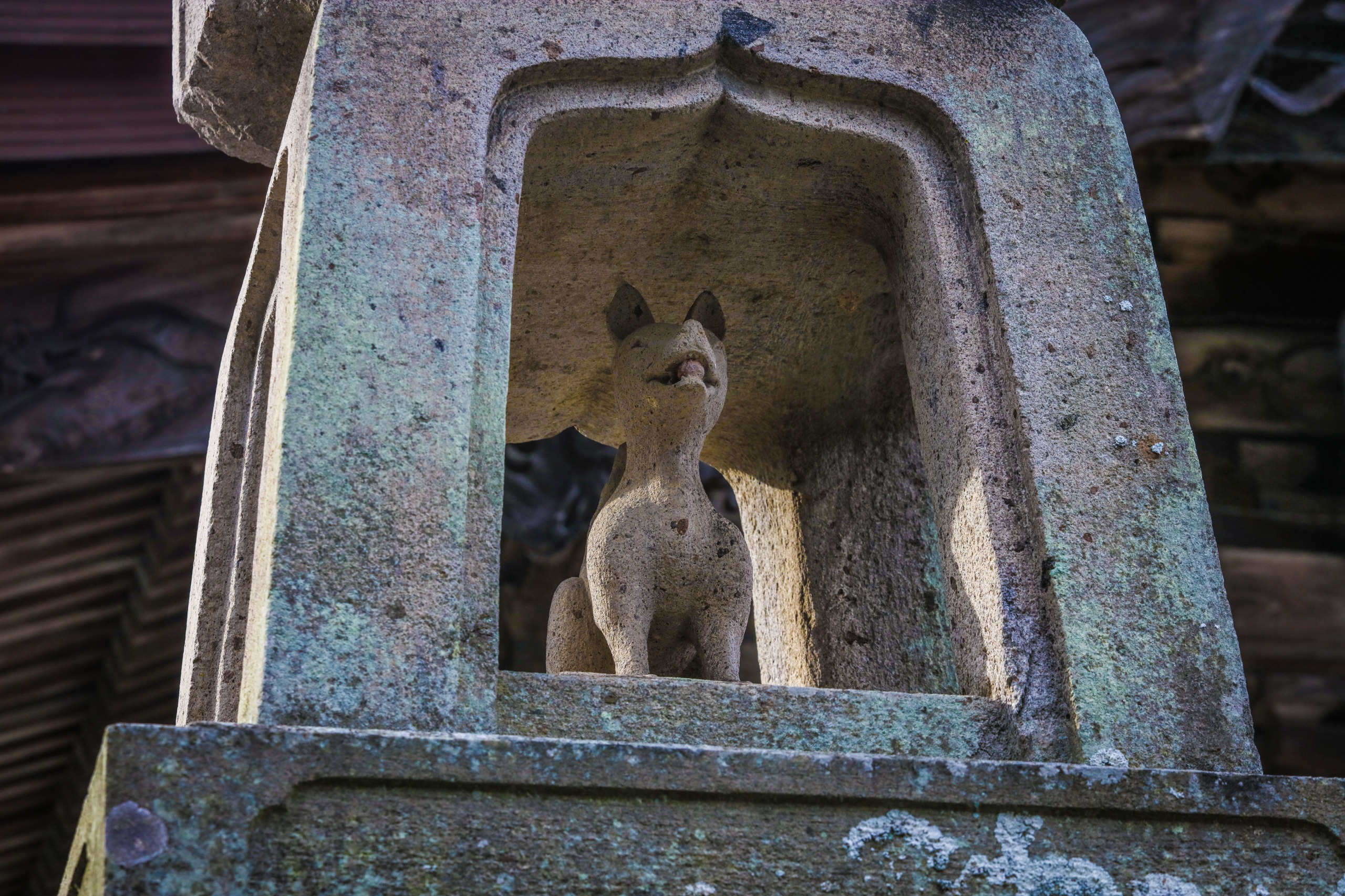 After lunch, we drove to the Takekoma Temple (竹駒神社). There were many signs on the road, leading our way to the temple, so I assumed this one must be quite famous. 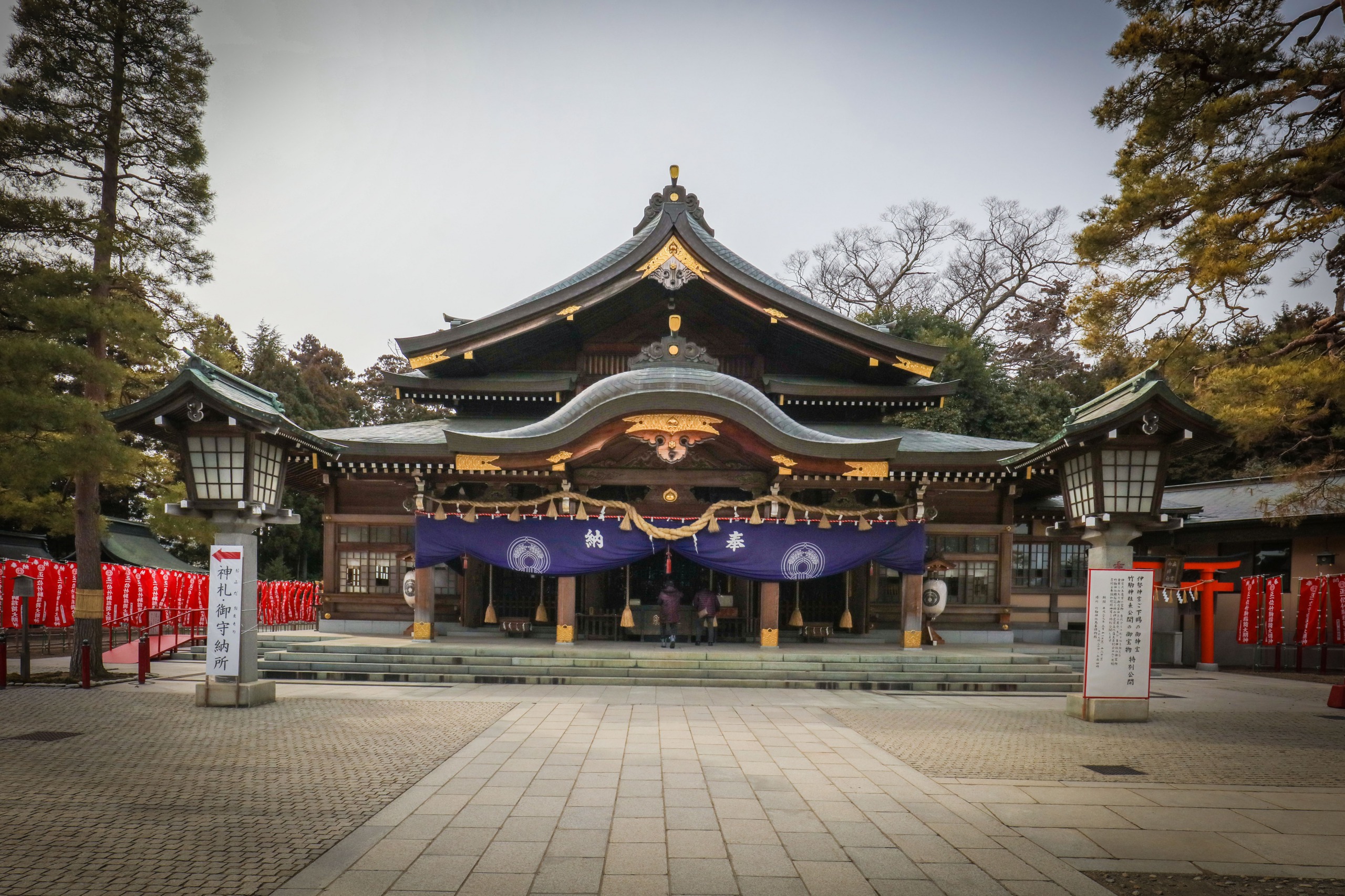 Indeed, there are many temples in Iwanuma, but not any one of them is as big as the Takekoma Temple.

The name of the sponsors are written on these streamers, from the entrance to the main shrine there are hundreds of streamers along the way.

The streamers are so magnificent. 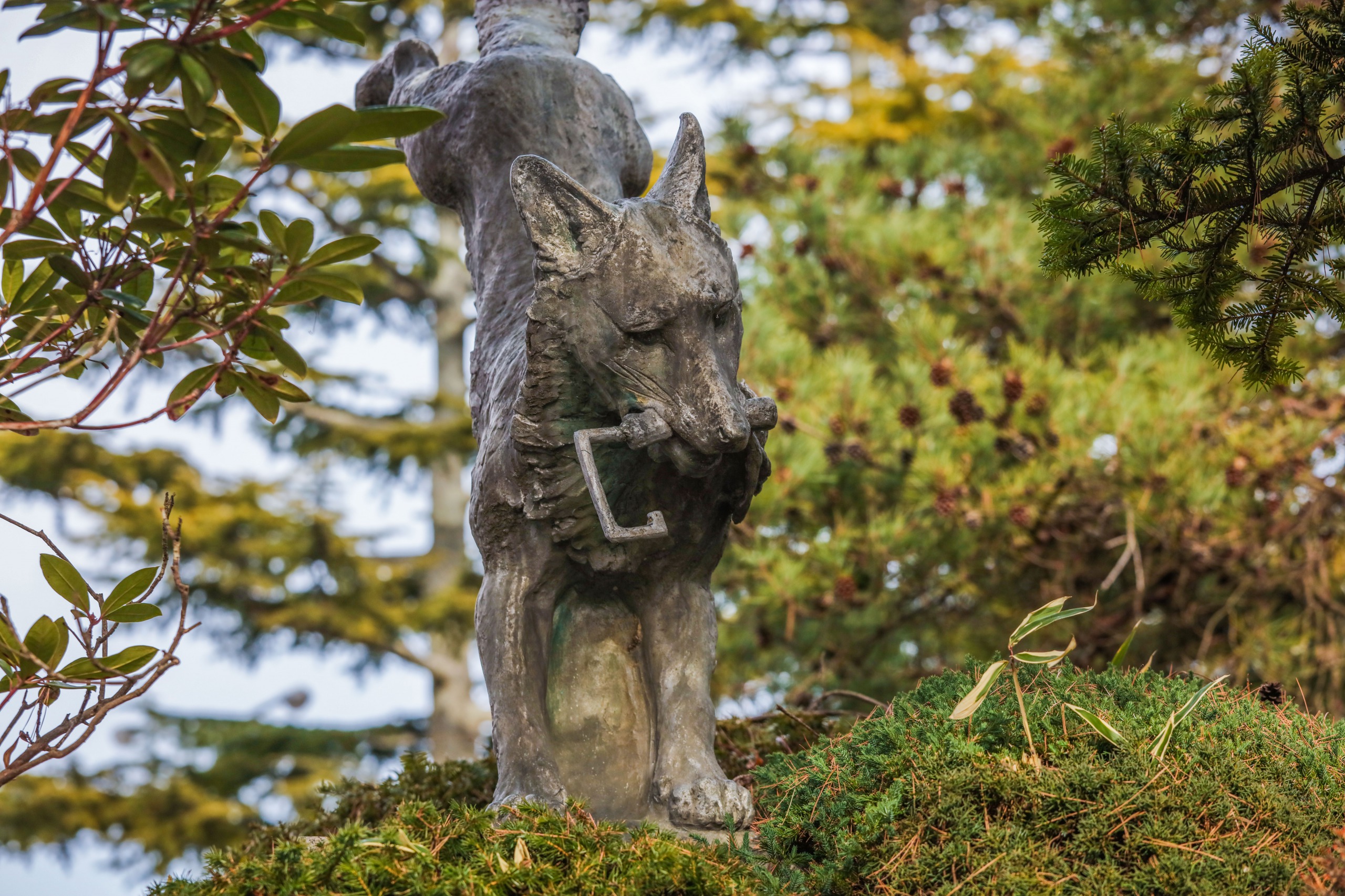 It is quite cloudy today; therefore, I decide to take pictures of the details of the temple. The stone figure in Takekoma Temple is quite exquisite. 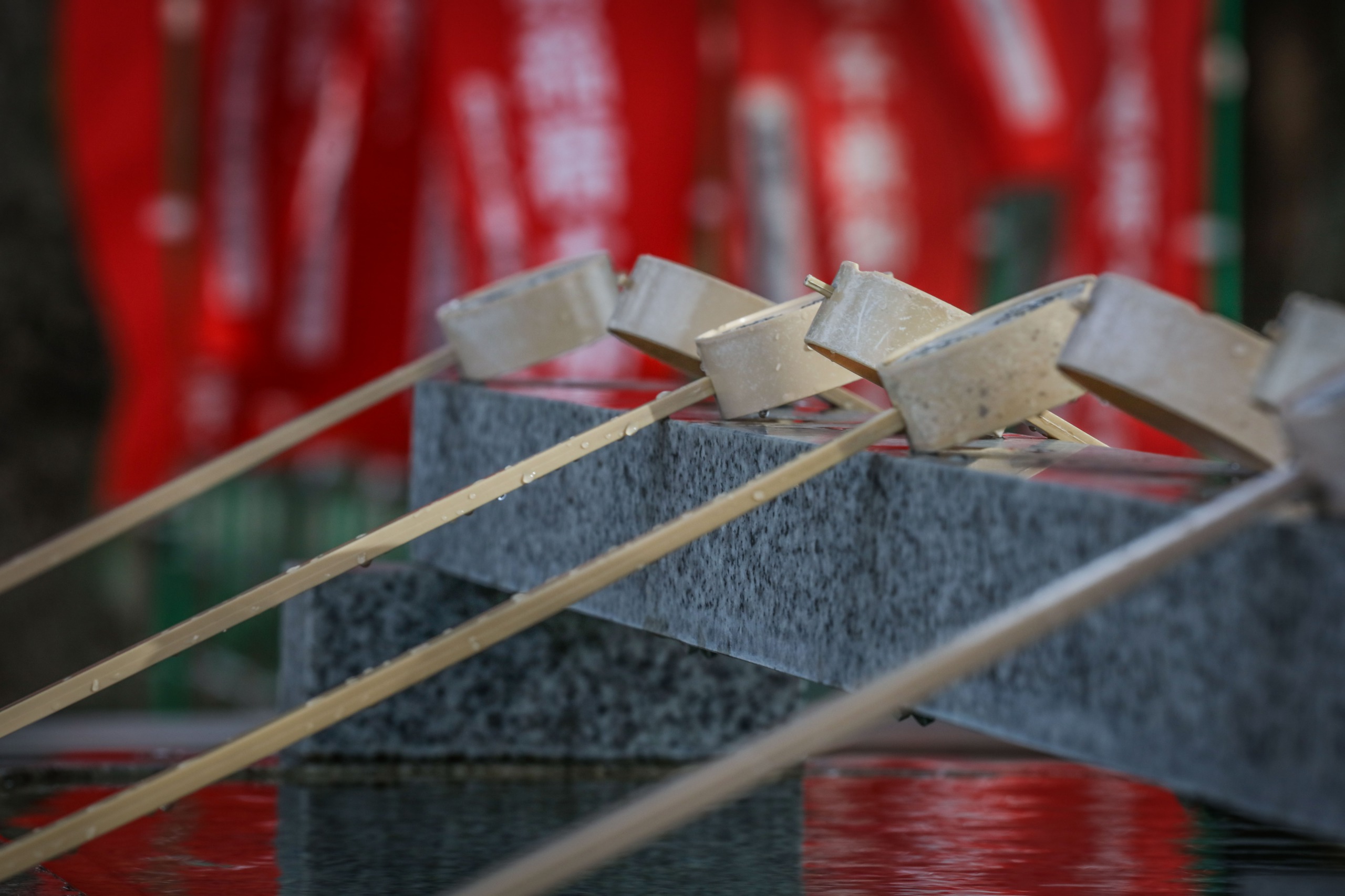 People usually wash their hand here before entering the temple. 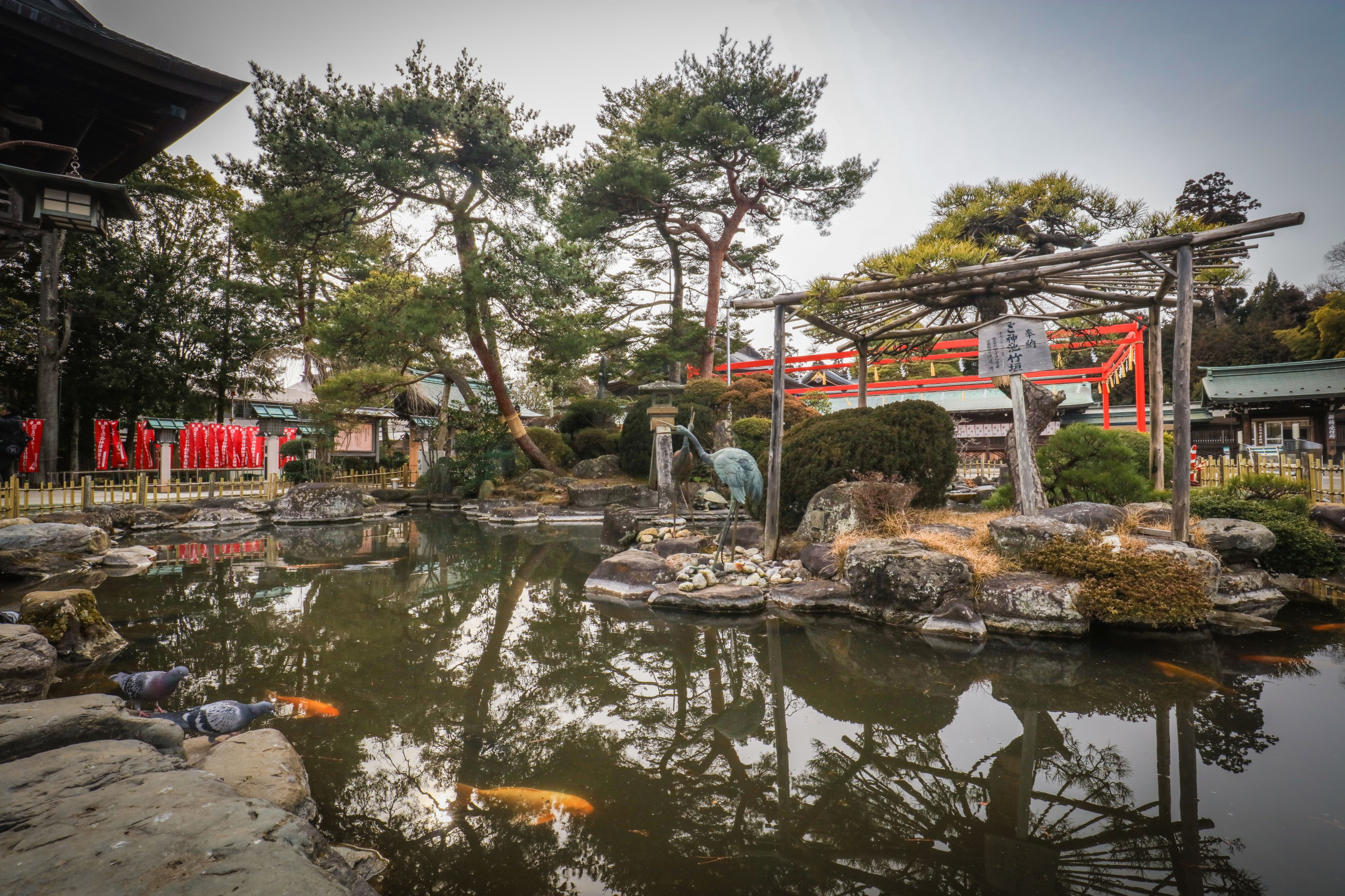 The address of 竹駒神社is as follows.

This is the not the first time I took pictures of the night view of a factory, in fact, my first time was in Brooklyn, New York. The Abukuma Industrial Area (阿武隈工業団地) in Iwanuma has splendid Night View. 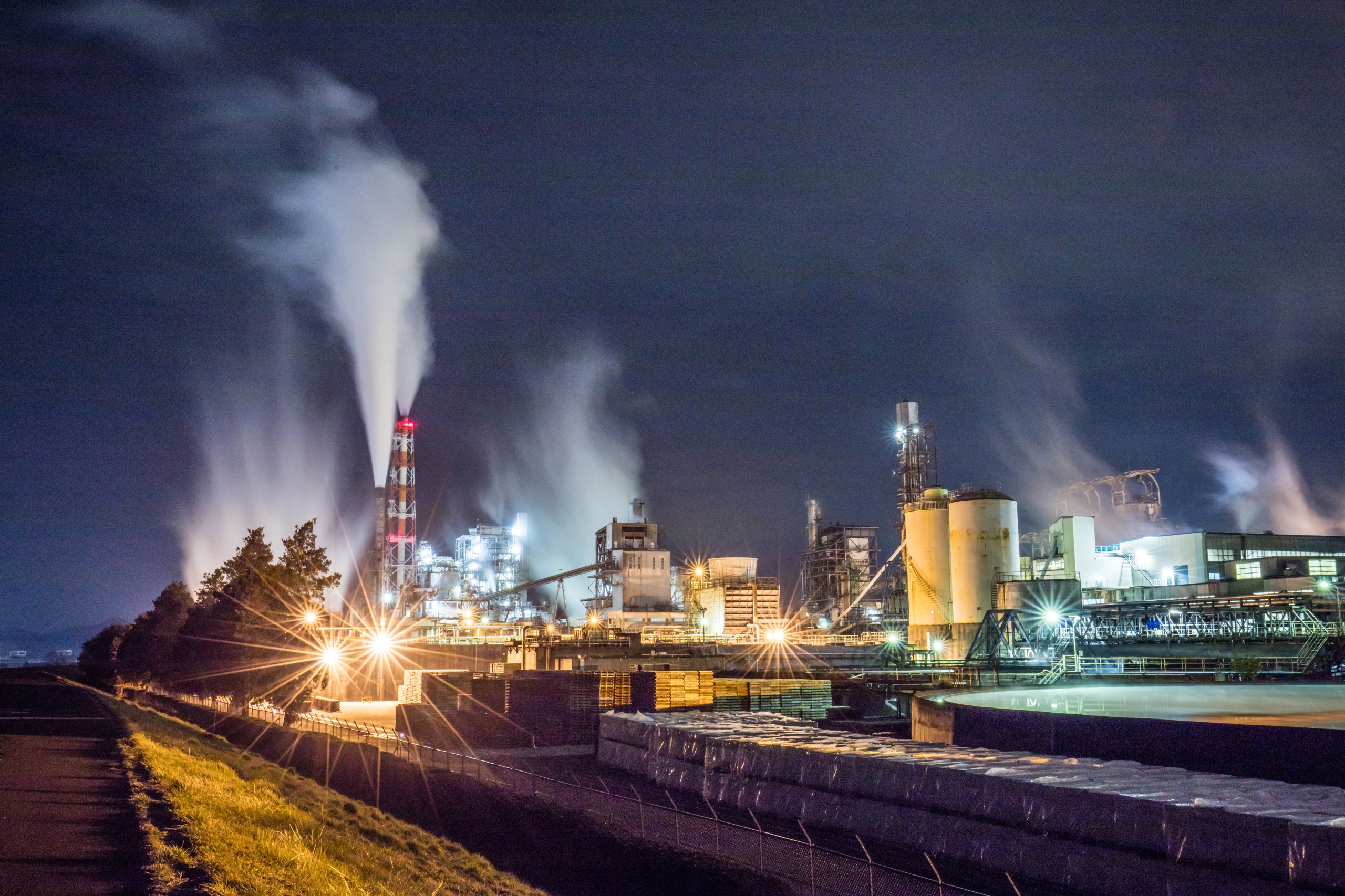 Well, this is the first time I am allowed to take night view pictures of a factory at such a short distance. 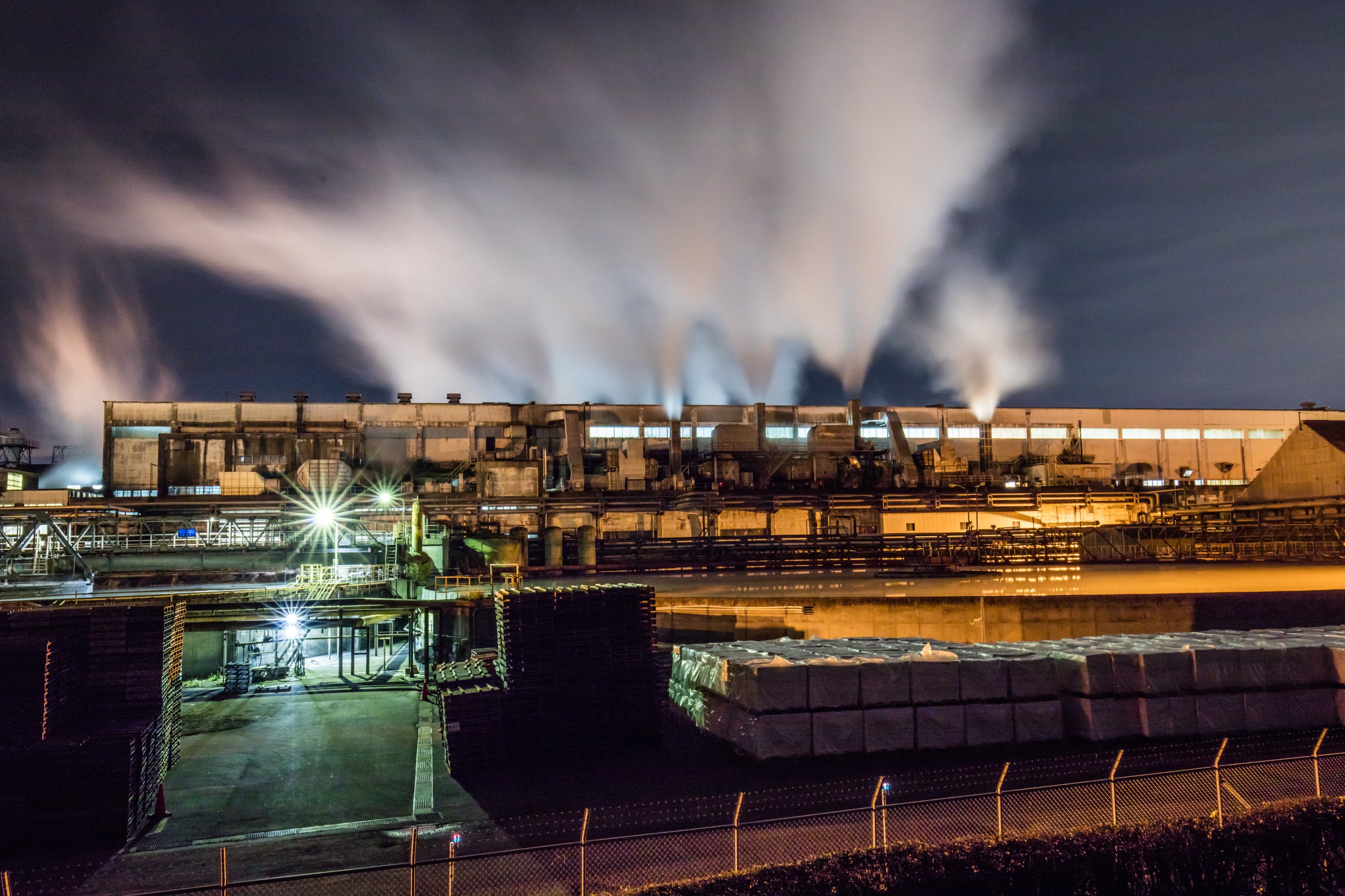 The address of 阿武隈工業団地 is as follows.