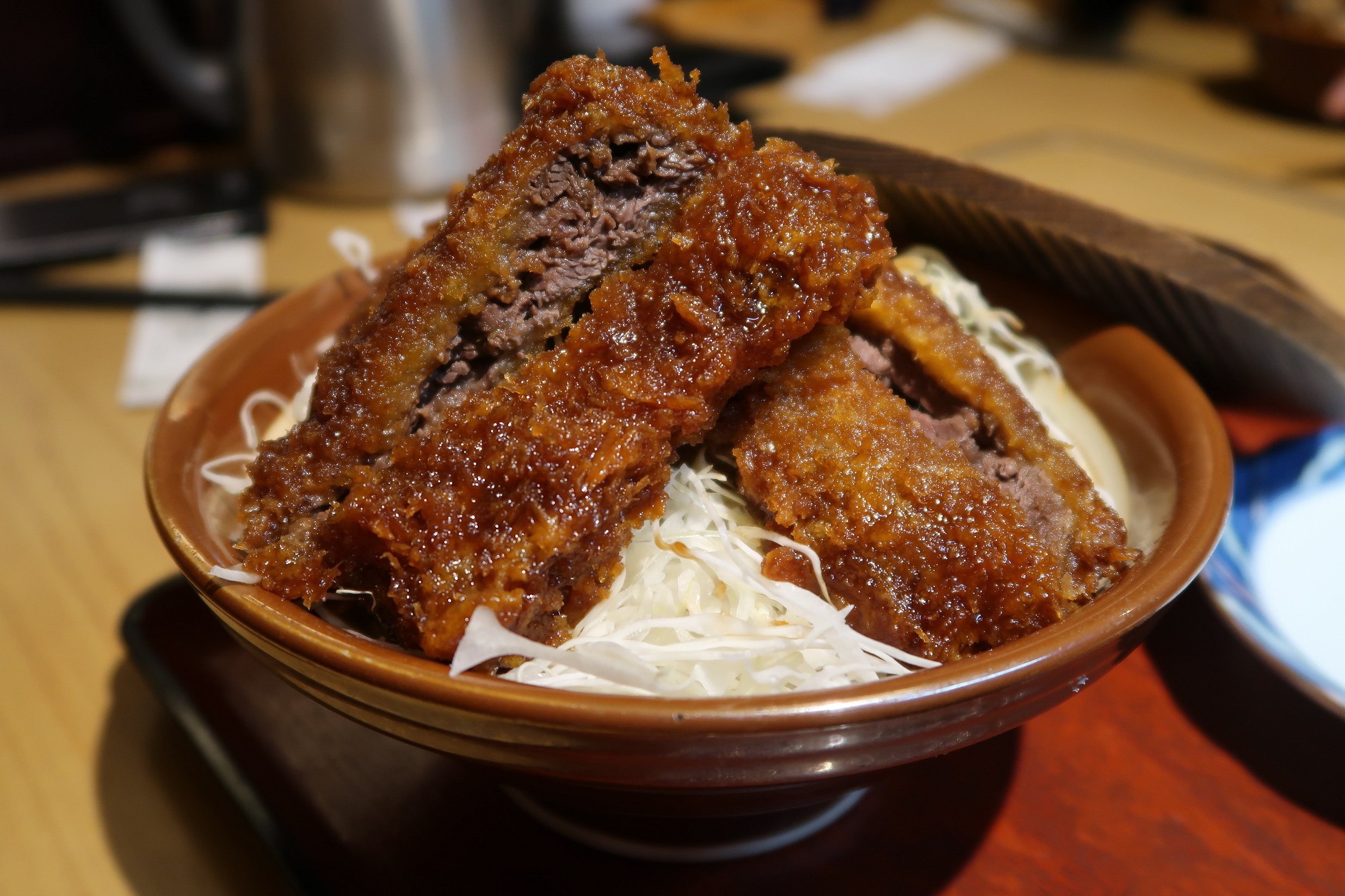 I won’t like, when I ordered this I made a mistake. I was hoping for a cut of pork tonkatsu and the menu read, 『うまソースとんかつ』(Uma so-su katsu). The “so-su katsu” refers to this famous local dish, which is battered pork fillet and I thought the “uma” part was referring to the Japanese word “Umai” which means “delicious”.

Alas, I was spectacularly wrong. When the waitress brought my order over, I realised the meat was unusually dark for pork – to which she pointed out I’d actually ordered horse! The word for horse in Japanese is “Uma” and stupidly, it didn’t dawn on me when I made the order. The title of this says “Horse sauce”

Thankfully though, it turned out to be the greatest mistake I’d ever made. While I’d eaten raw horse several times in Japan, I’d never actually eaten it cooked and I was quick to discover, cooked horse tastes a lot like chicken, albeit slightly more chewy.

As you’d expect from a dish with the word ‘sauce’ in it, the battered horse was absolutely drenched in thick, sweetened soy sauce, with an addictive vinegar taste. One criticism I have of Tonkatsu restaurants is the size of the portion – I often leave feeling like there’s still space to fill.

Fortunately, that wasn’t a problem at Tontei, where the restaurant’s reputation is derived from the sheer size of the portion, with the huge chunks of battered horse, almost falling off of the dish.

And I have to say it’s one of my favourite meals I’ve had on the entire trip around Tohoku so far.