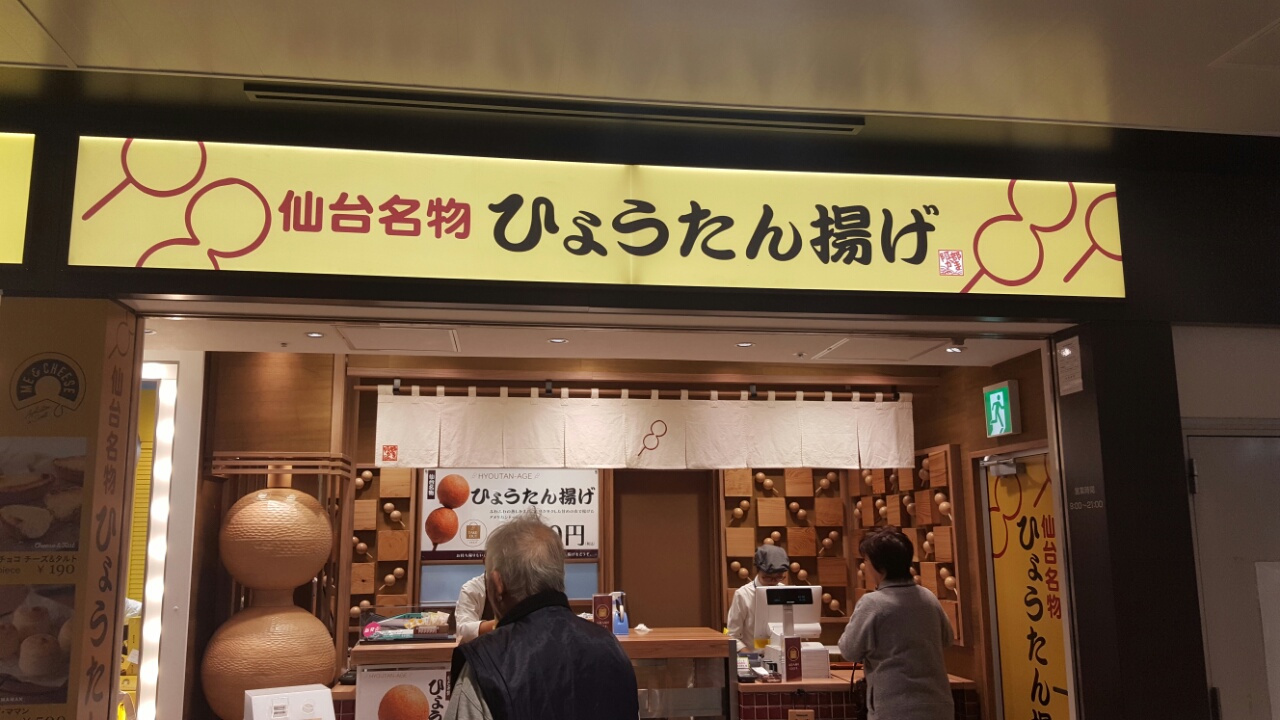 What comes first in your head when you think of the foods from Sendai?
Cow tounge, Zunda rice cake, Bamboo kamaboko (Japanese fish cake) ..,
If you start thinking about it there is no end to it, but I would like to introduce one of the famous food in Sendai.

On the first floor of Sendai station there are many souvenir shops.
There was one shop that came straight into my eyes with the name of “Fried Hyoutan”
Two years has past since I came to Sendai, but it was my first time seeing it.
What would the taste be like? While I was waiting my friend I bought one to see for myself. 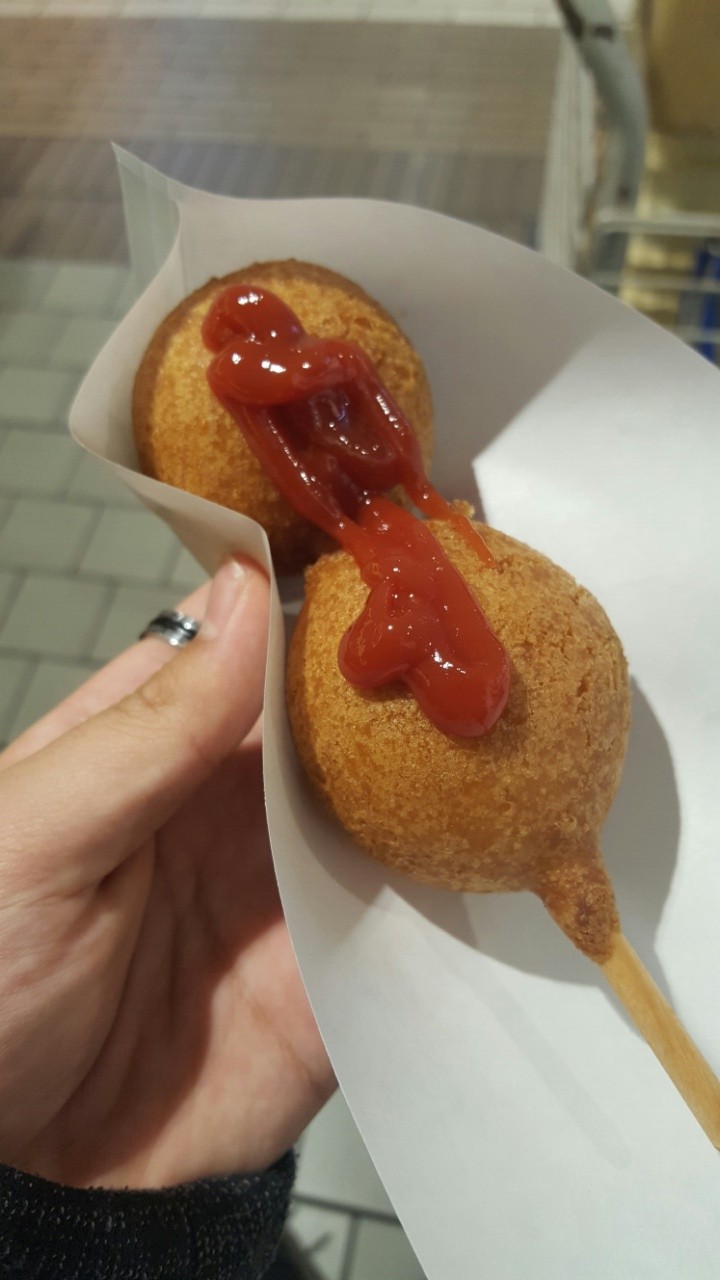 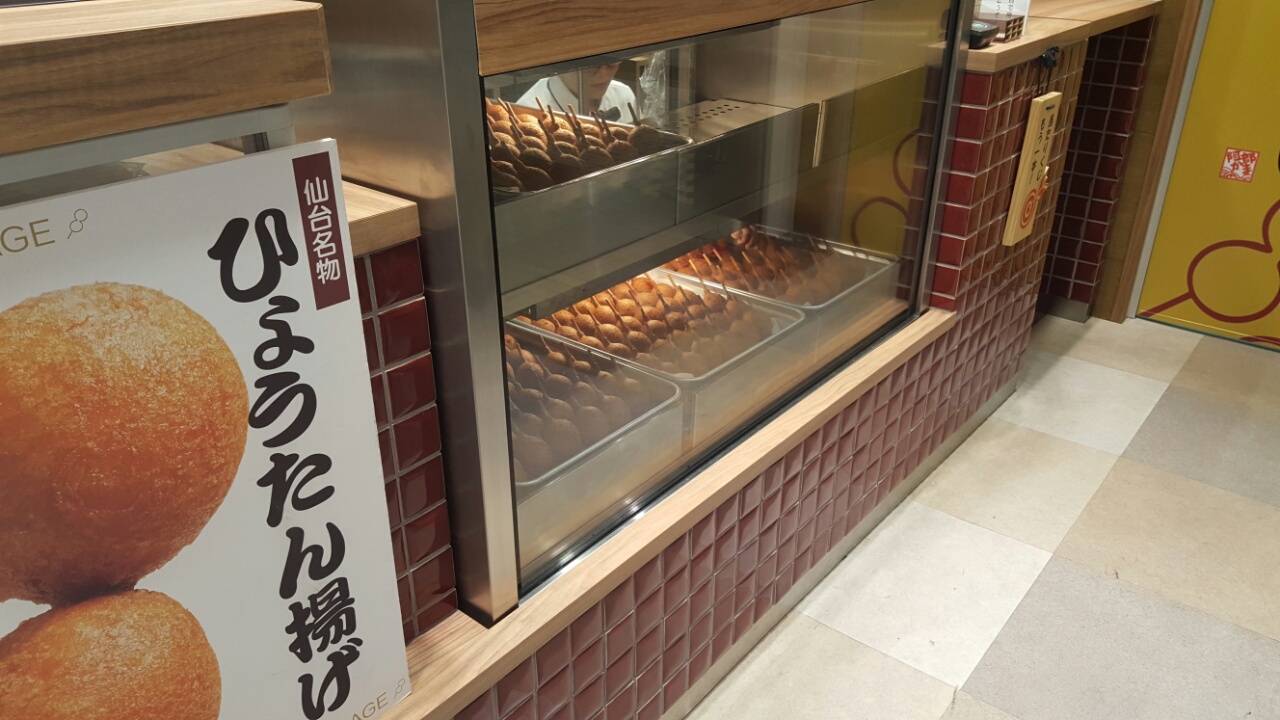 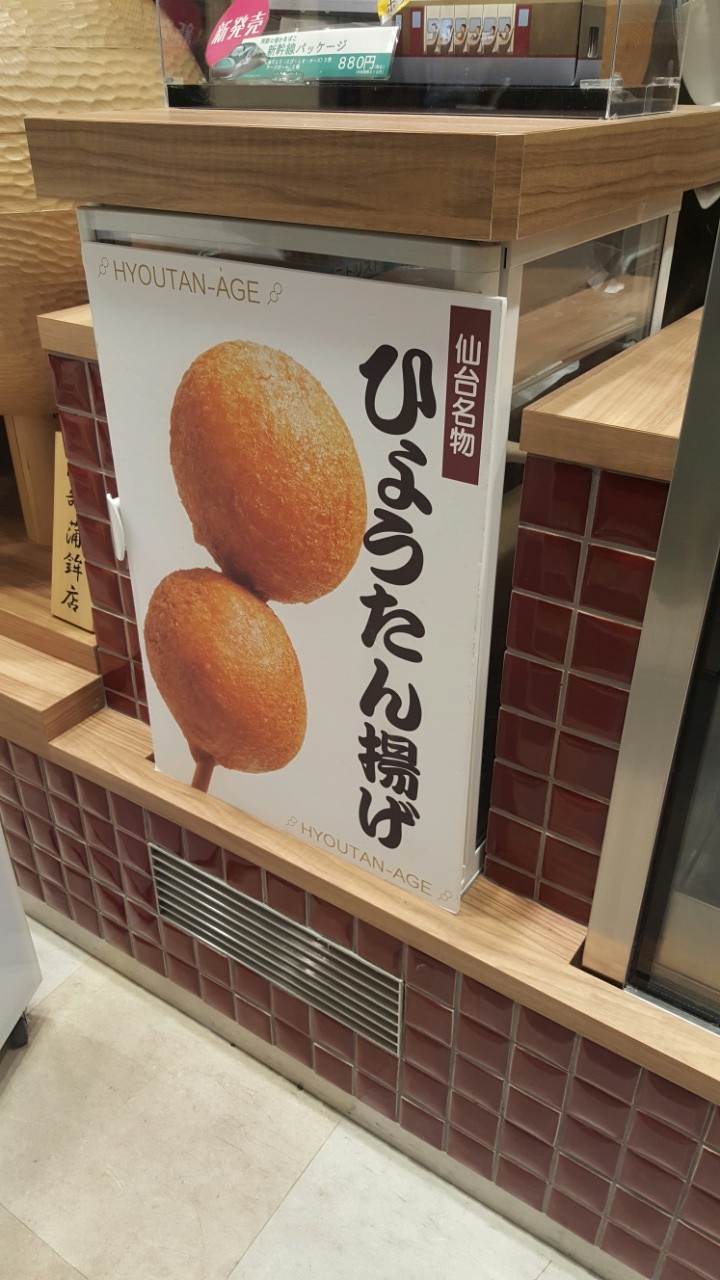 Having it in the hand, it looked much bigger than when it was in the case.
With the ketchup on top, it tasted like hotdog without using sausage. What was inside?

I couldn’t figure out what it was, so I went home and did some research. Inside of it was kamaboko(Japanese fish cake)! In Sendai, there is no one who doesn’t know this shop. I just realized that is why I was full by just eating one stick.

It is only 200 JPY at  a very reasonable price. Everybody come and try this one out. I do not recommend eating  before lunch, because you may become full before lunch like me.