On June 4 and 5, just a few days after the G7 summit, the Sendai Gyoza Festival was held at Sendai International Center grounds. We infiltrated the grounds to chase after the sweet smells of sesame oil and rice wafting through the air.

This year the G10 (gyoza association) chose Sendai as the location to hold a festival!
Having a goal of 30,000 visitors, it’s not possible to do anything but eat, since all the food stands were waiting with piping hot, fresh gyoza for customers to stuff into their mouths! Types of gyoza from all over Japan were showcased at the event as well! 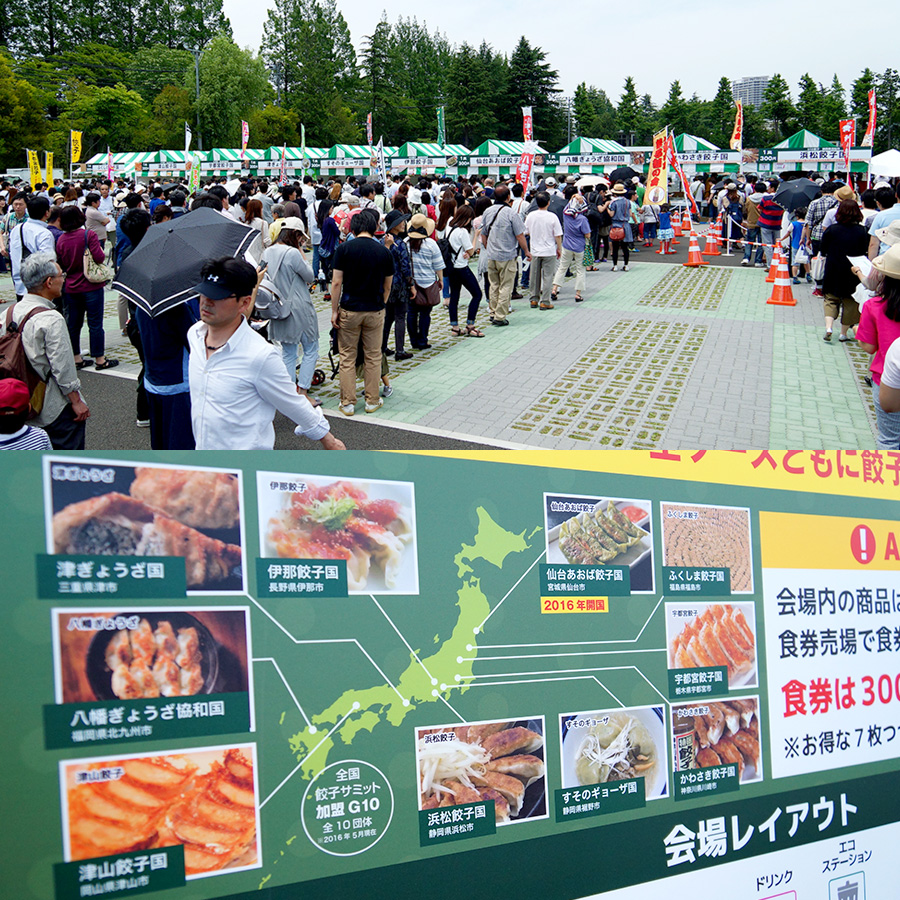 Ramen as the supporting role

Usually, gyoza is seen as a side dish to ramen, but this time it was switched around, with ramen accompanying the main dish of gyoza! From adults to children, everyone in Japan loves gyoza! For adults, the number one pairing with gyoza is likely beer, and the festival had lots of that too! 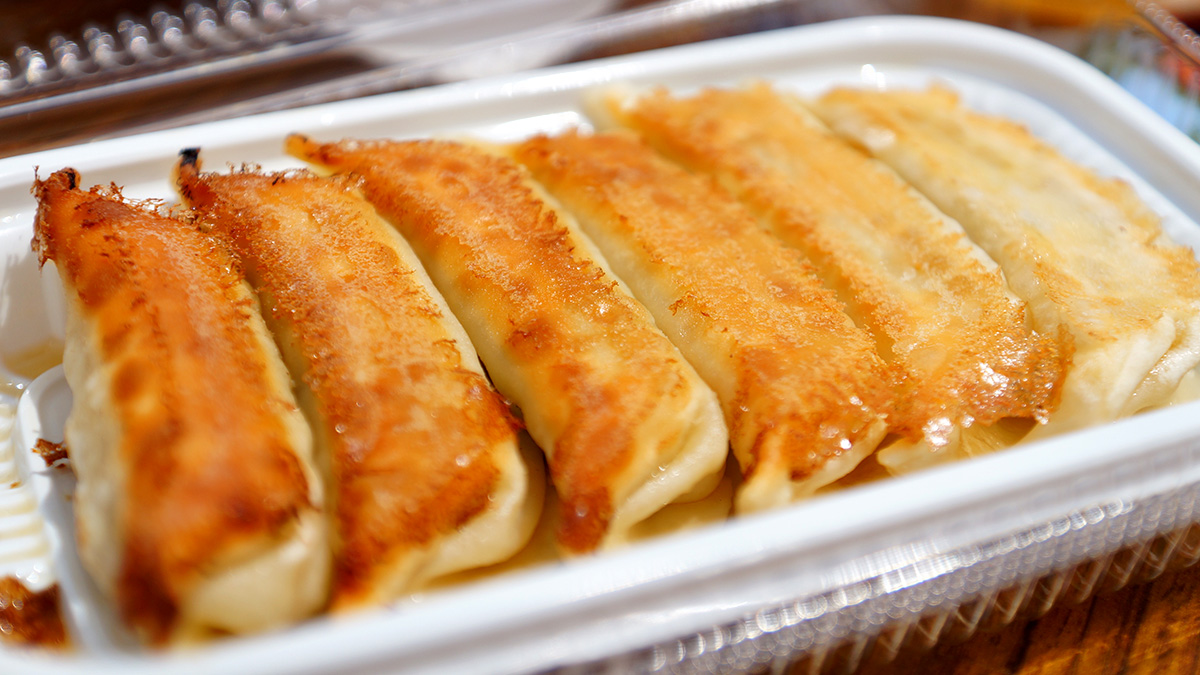 The local gyoza of Sendai

Sendai’s local type of gyoza is something unique to the gyoza world as it’s skin is a glossy green color. Called “yukina” gyoza, the color is in stark contrast to the normal brown of fried gyoza. The taste is also somewhat different from other gyoza types since it uses local vegetables that are grown in Sendai!
Though there are many different “countries” of gyoza in Japan, Sendai’s gyoza scene has been steadily increasing since 2012 to more than 20 different shops in the city. 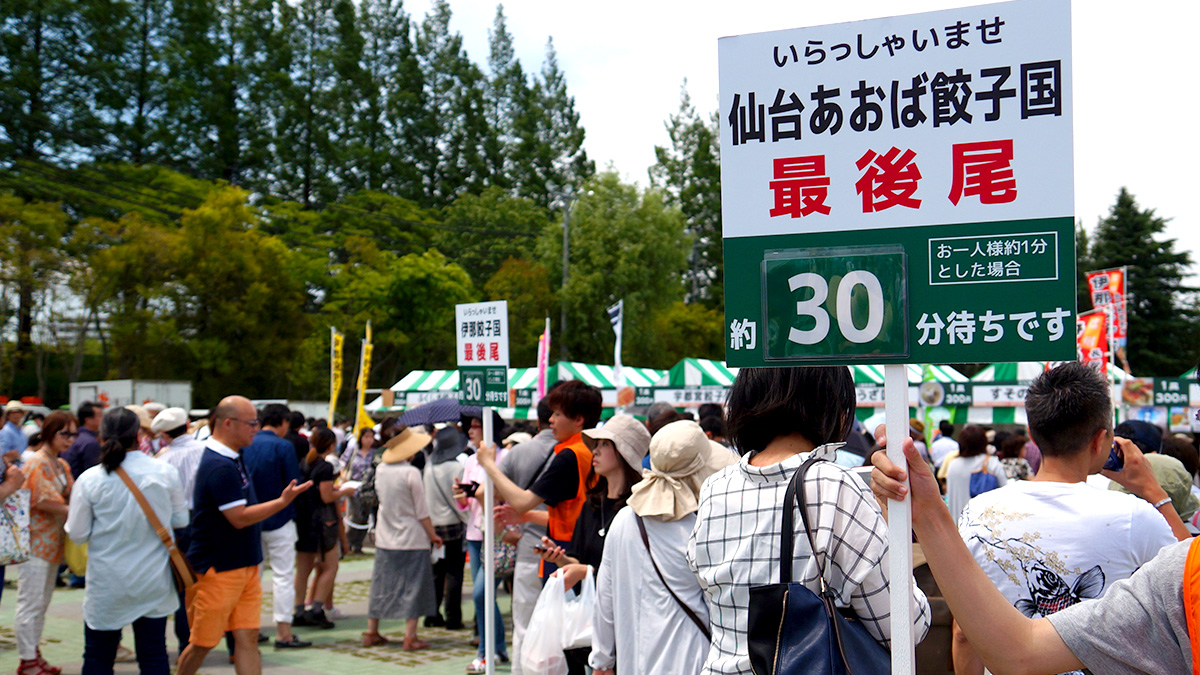 The trait of Fukushima Gyoza is that it has quite a unique cooking method, in that it is grilled in a huge iron device that resembles a pan. The name of this gyoza is “Enban Gyoza” or “disk gyoza”
This time the pan was around 120cm in diameter and could cook 650 pieces of gyoza all at once! It was so big that it took 4 people to turn the pot around. This time we made sure to check out the speciality shops from Fukushima as well. 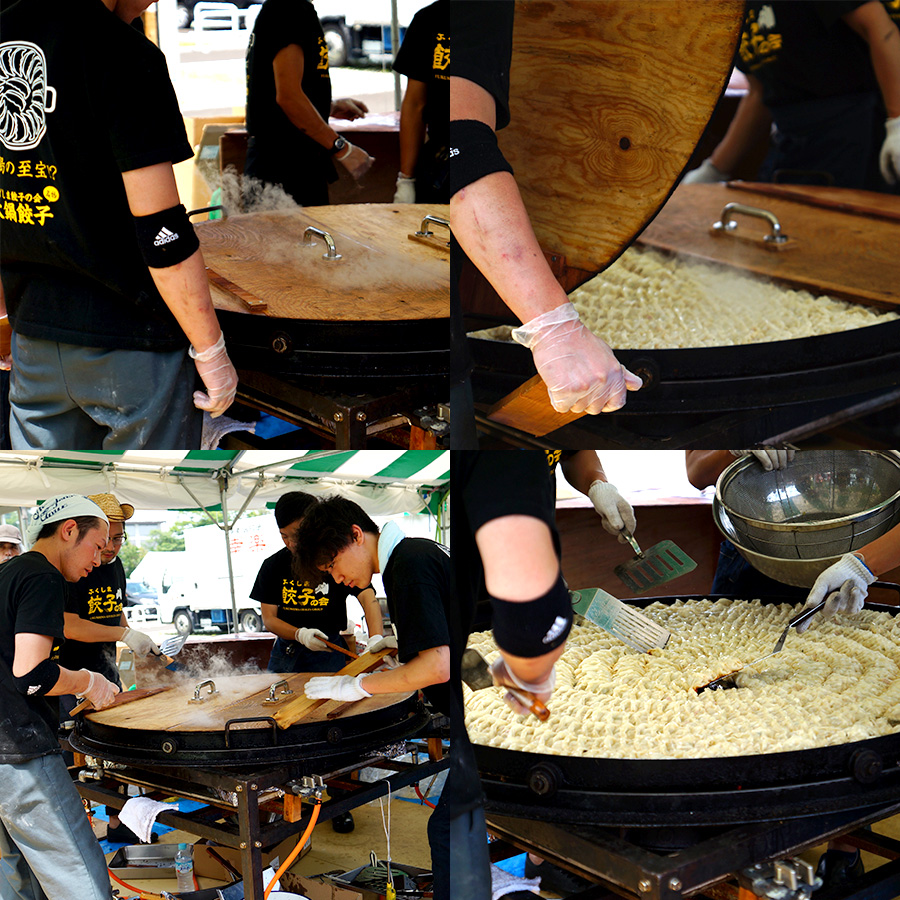 Tohoku is continuing to challenge the normal ideas of gourmet food, establishing new creative ideas on simple products and dishes. We will definitely make sure to go to the festival again next time it’s in Tohoku. Next time you come to Tohoku, make sure to check out the gyoza culture here as well! 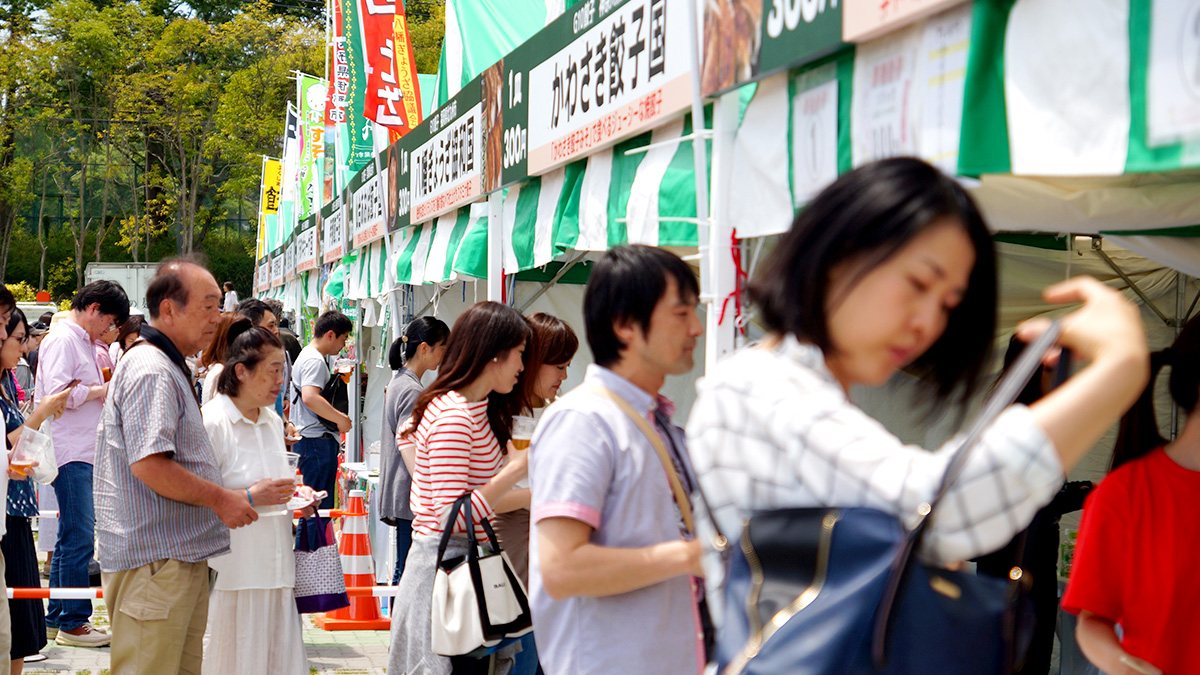