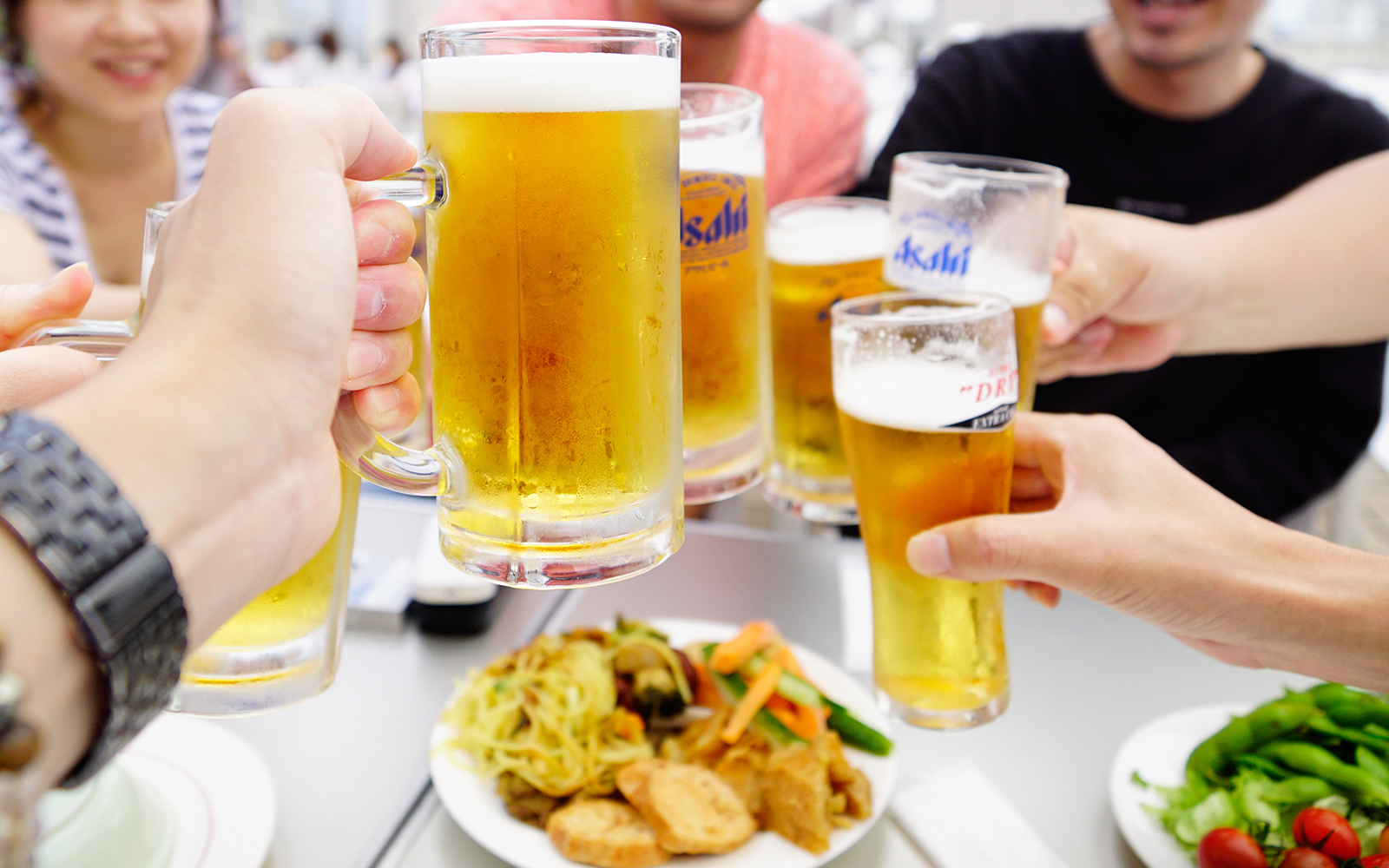 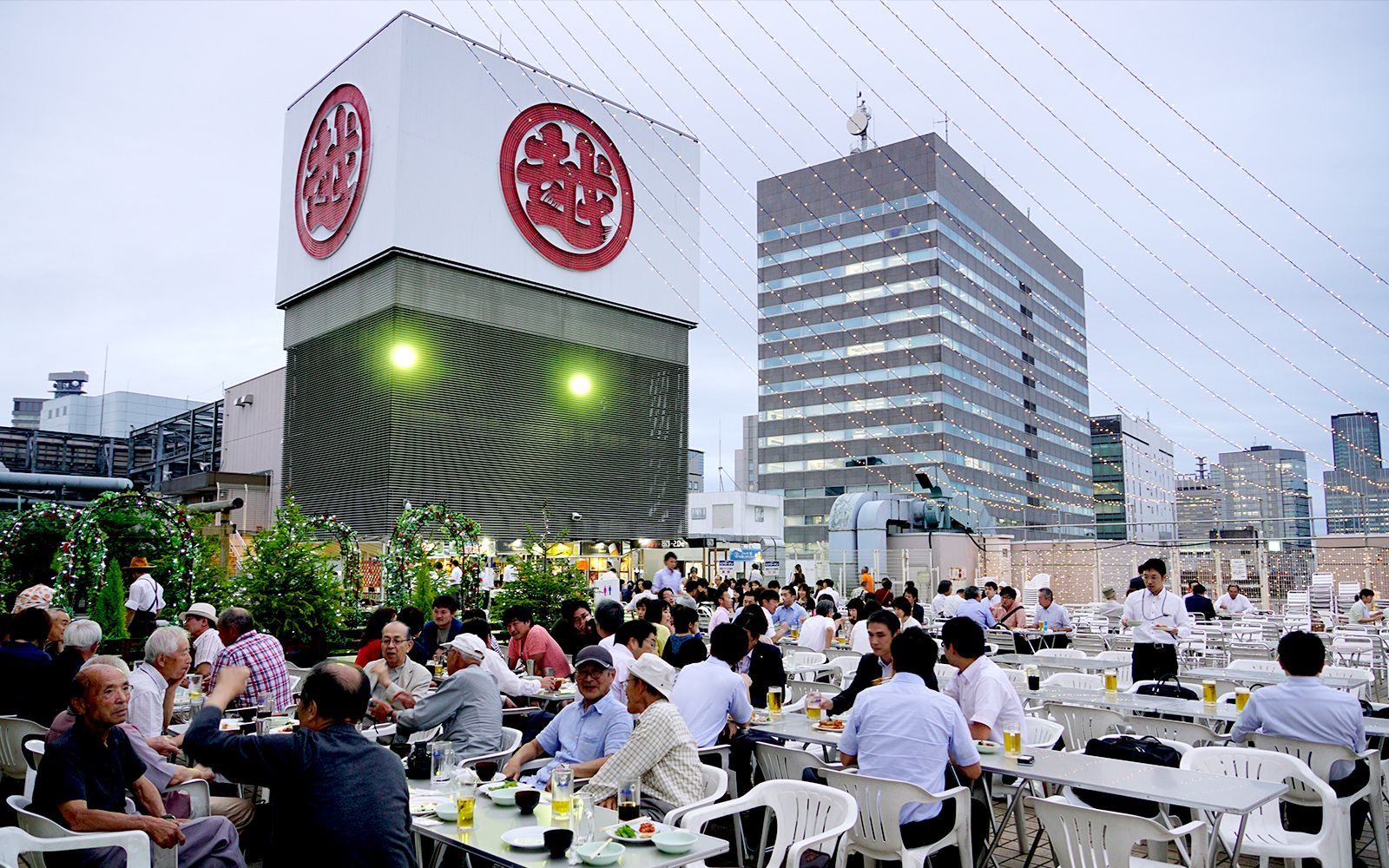 Where we visited this time in Sendai’s Mitsukoshi is “Mitsukoshi Sendai store” which was opened in the year 1993, with Sendai’s shopping as the focus, it continues to be a land mark as one of the top-class shopping malls within Tohoku.
To connect Jouzenjidoori and Koutoudai park, this is a building you will definitely see when sightseeing in Sendai.
During Sendai’s summer on the roof of Sendai’s Mitsukoshi there is the “Sendai Mitsukoshi Main building roof beer garden”. 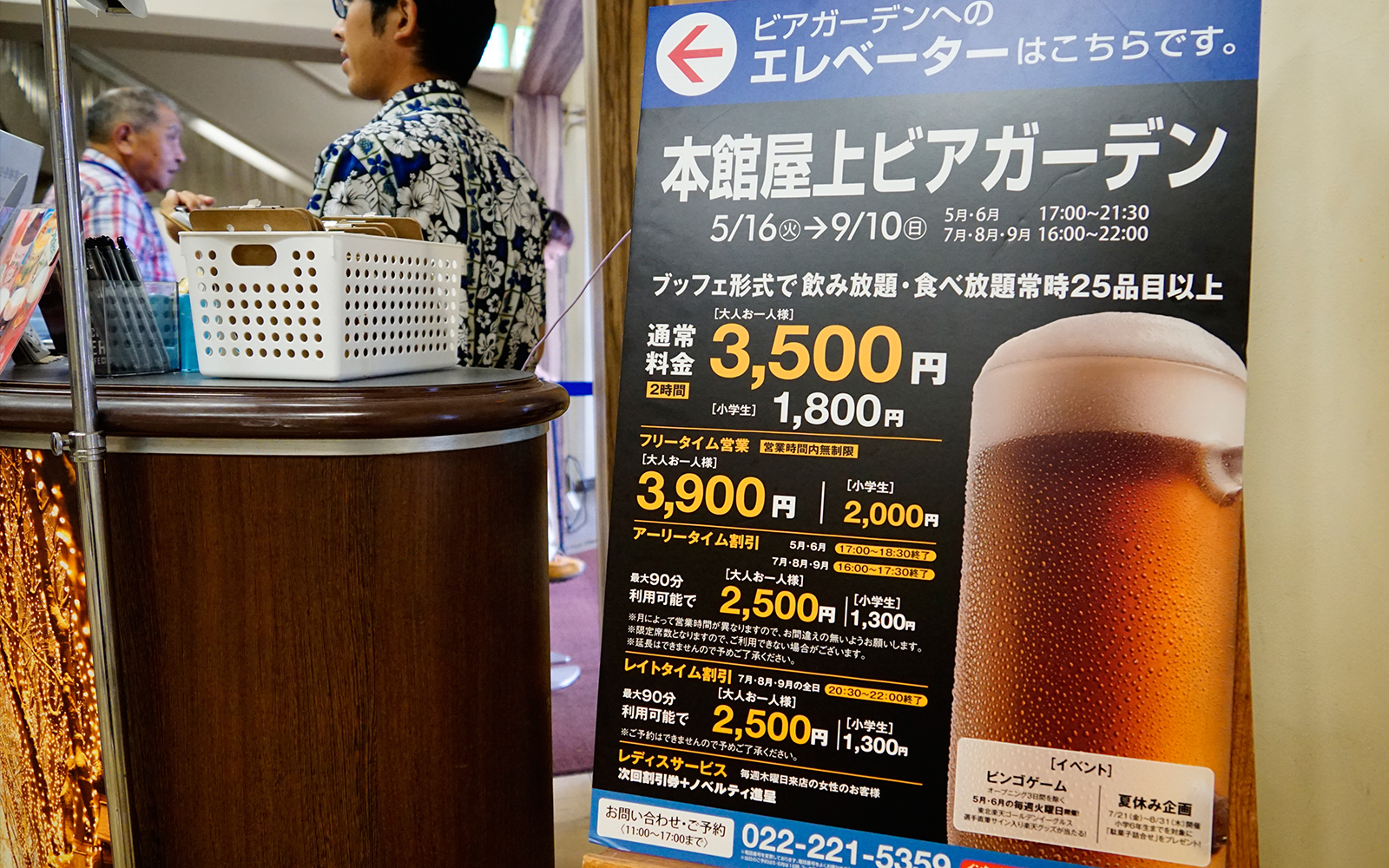 This year with “Tohoku Food x Drink Beer” as the center, you’re able to enjoy Tohoku food and the worlds beers!
The usual fee is about 3,500 yen (Adult / 2 hours / Drinking the world beer is another 300 yen) however, if you pay just another 400 yen you can enjoy the place without any kind of time limit!!
*This is no doubt the biggest reason I chose this place.
The dates this continues for is 5/16 to 9/10, the working hours are 16:00~22:00. 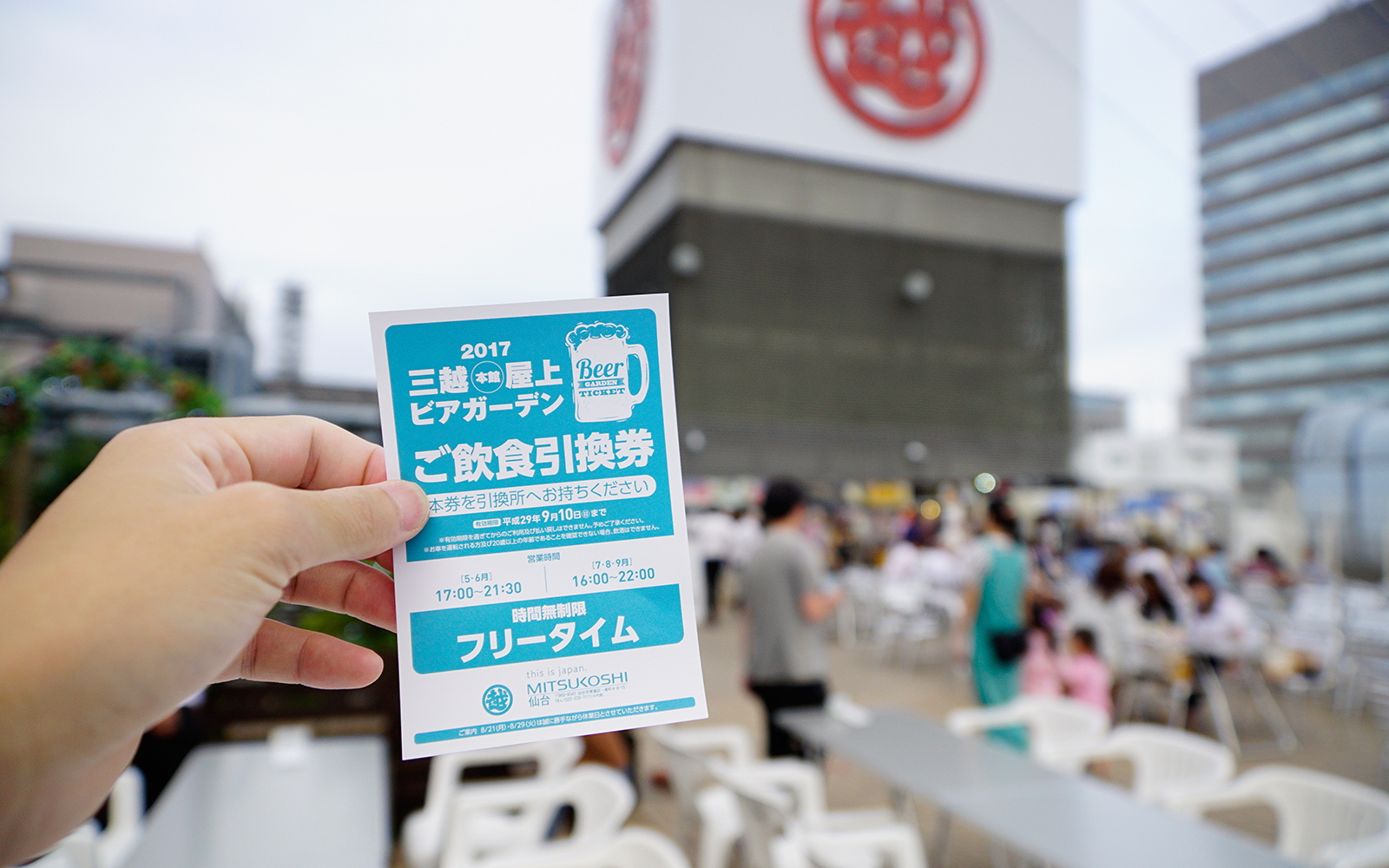 Tohoku’s tasty food is in heaps 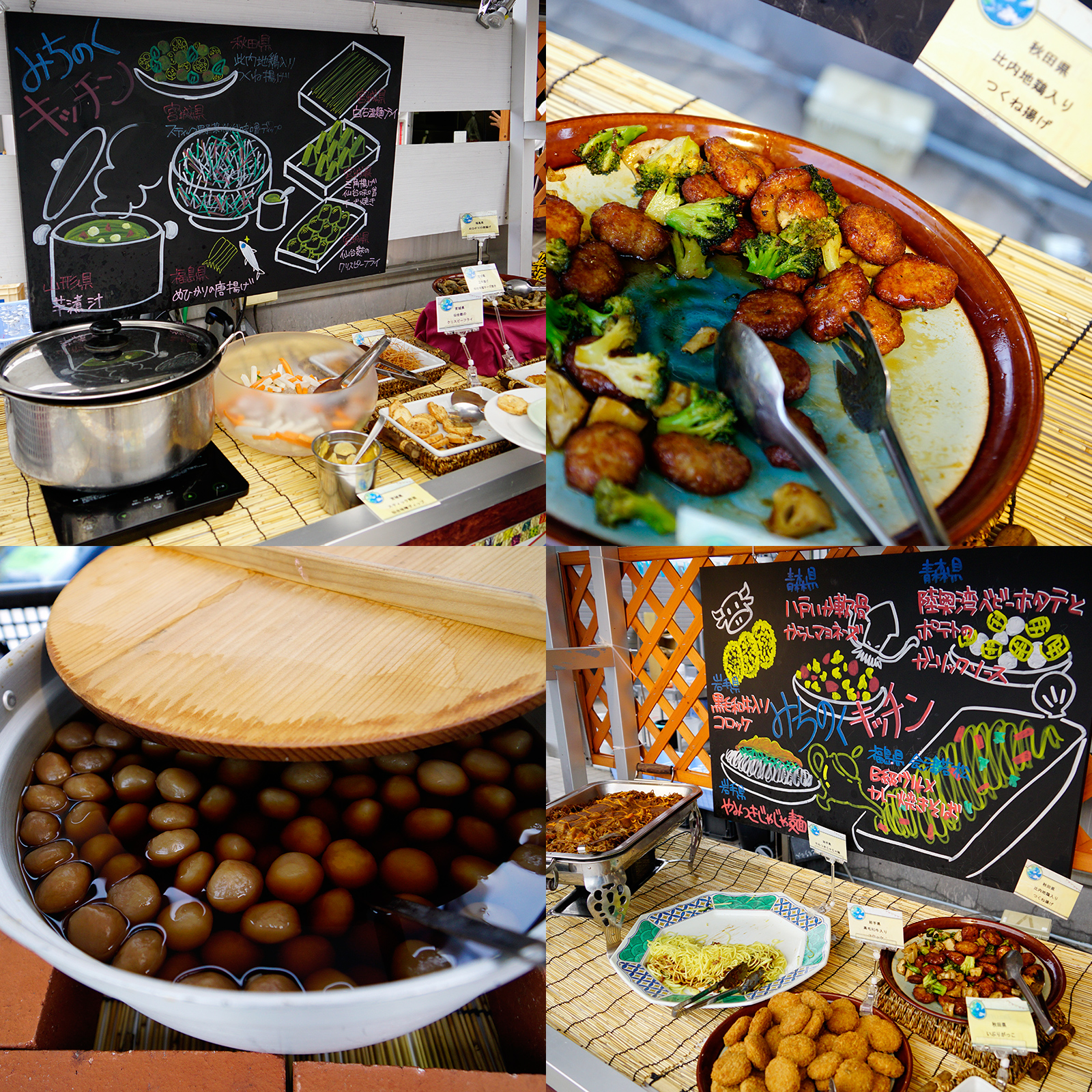 Akita’s famous food “Iburi pickled vegetables”, Fukushima’s “Maxicali fried chicken”, Yamagata’s “Tamakon”, Miyagi’s “Sankakuage” etc. Of course with foods that complement the bber, Iwate’s “JaJa noodles” and Akita’s “Hinaijidori-no-Tsukune” etc. this is a lineup for both people who love to drink and for people who love to eat. 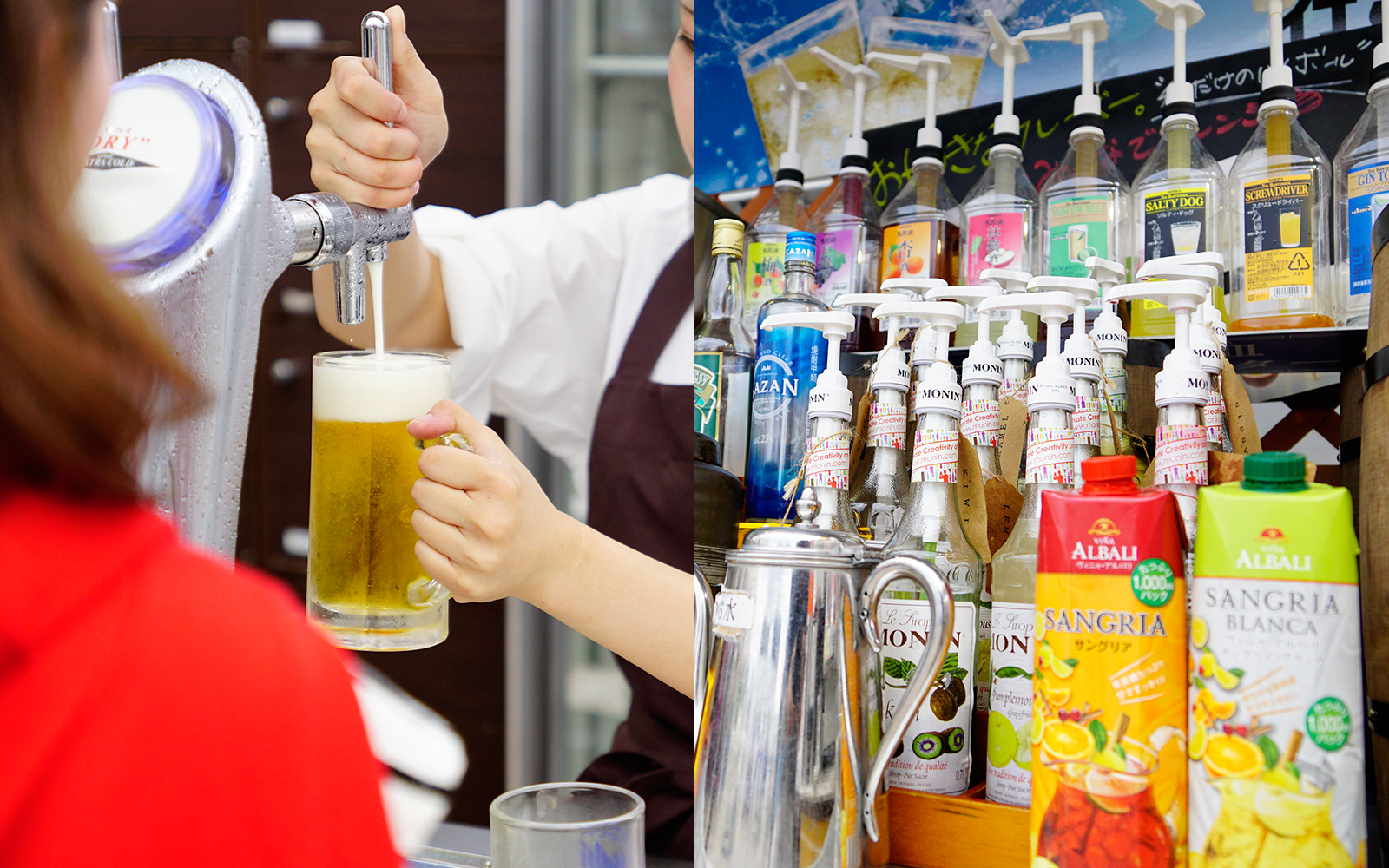 Alongside the range of world beers, there is Japanese beer, shochu, Whisky and soda, cocktails and many others, even with the no-time limit deal you can enjoy them all until the last moment.

Other Sendai beer gardens I recommend 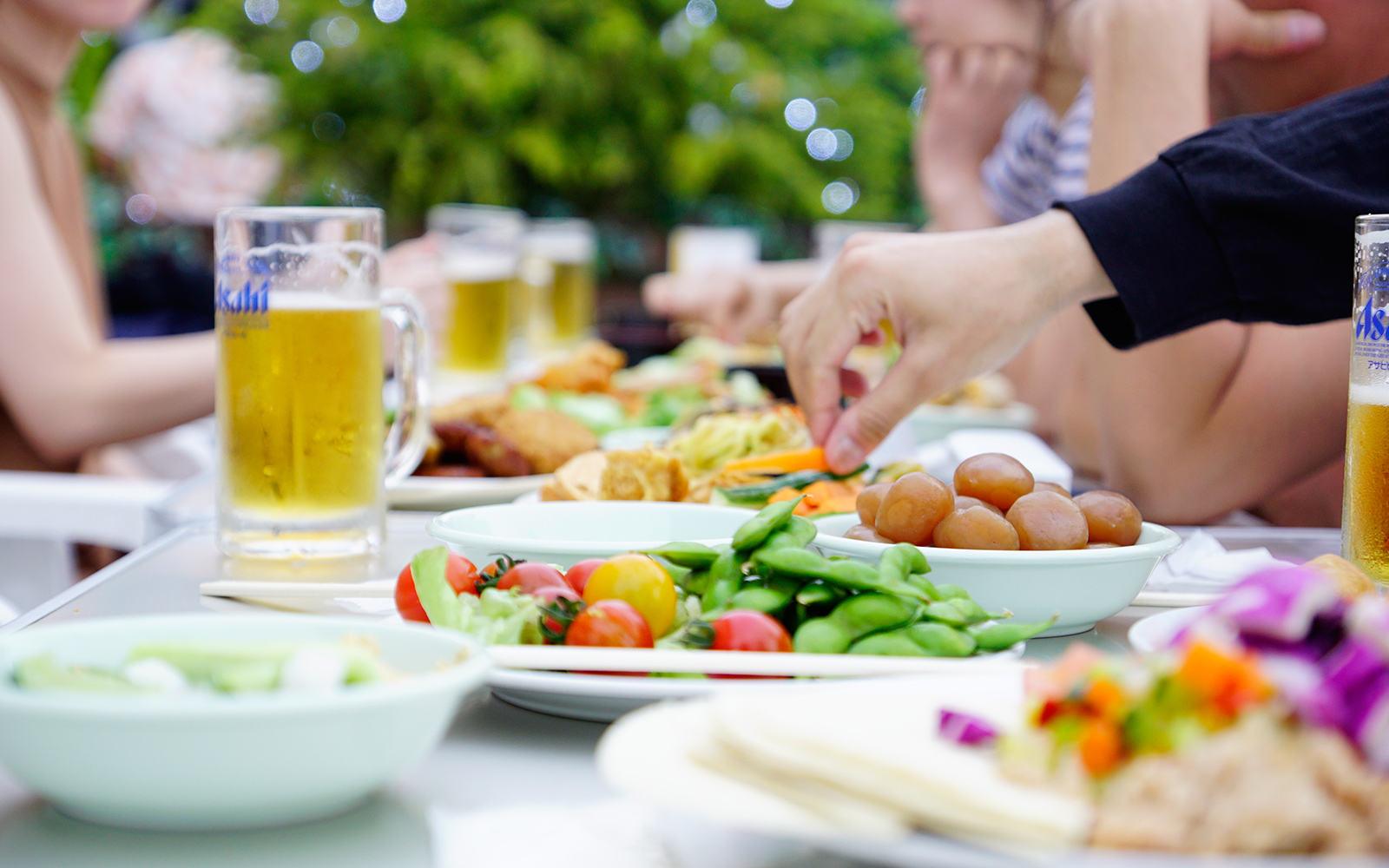 I recommend visiting here for other information on beer gardens
http://beer.30min.jp/miyagi/ 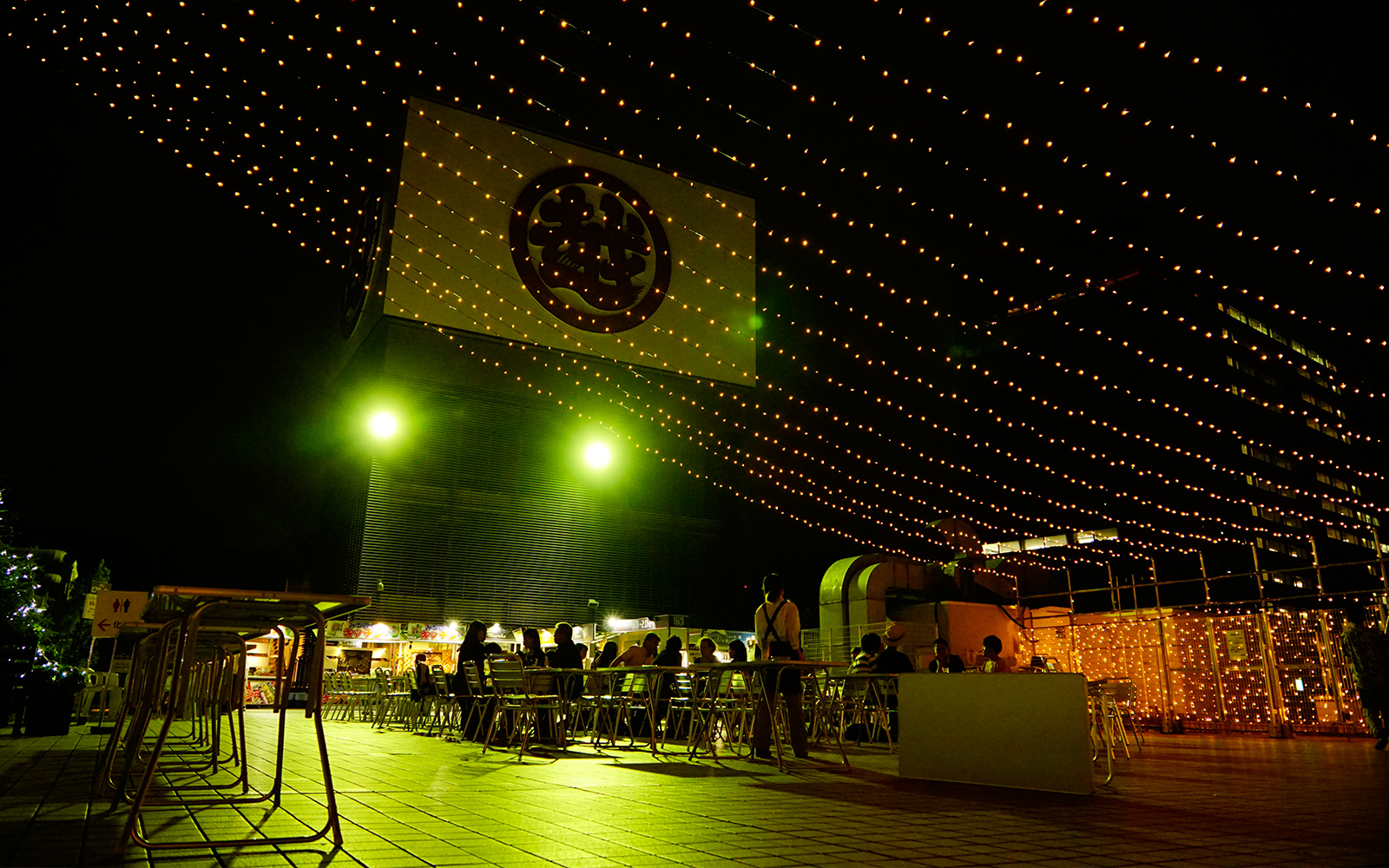 I definitely recommend beer gardens during Touhoku’s humid summer! Having fun experiencing Touhoku’s flavor, Experiencing Sendai’s night scene, and being able to have fun with your friends.

How about trying a different sightseeing spot to normal?