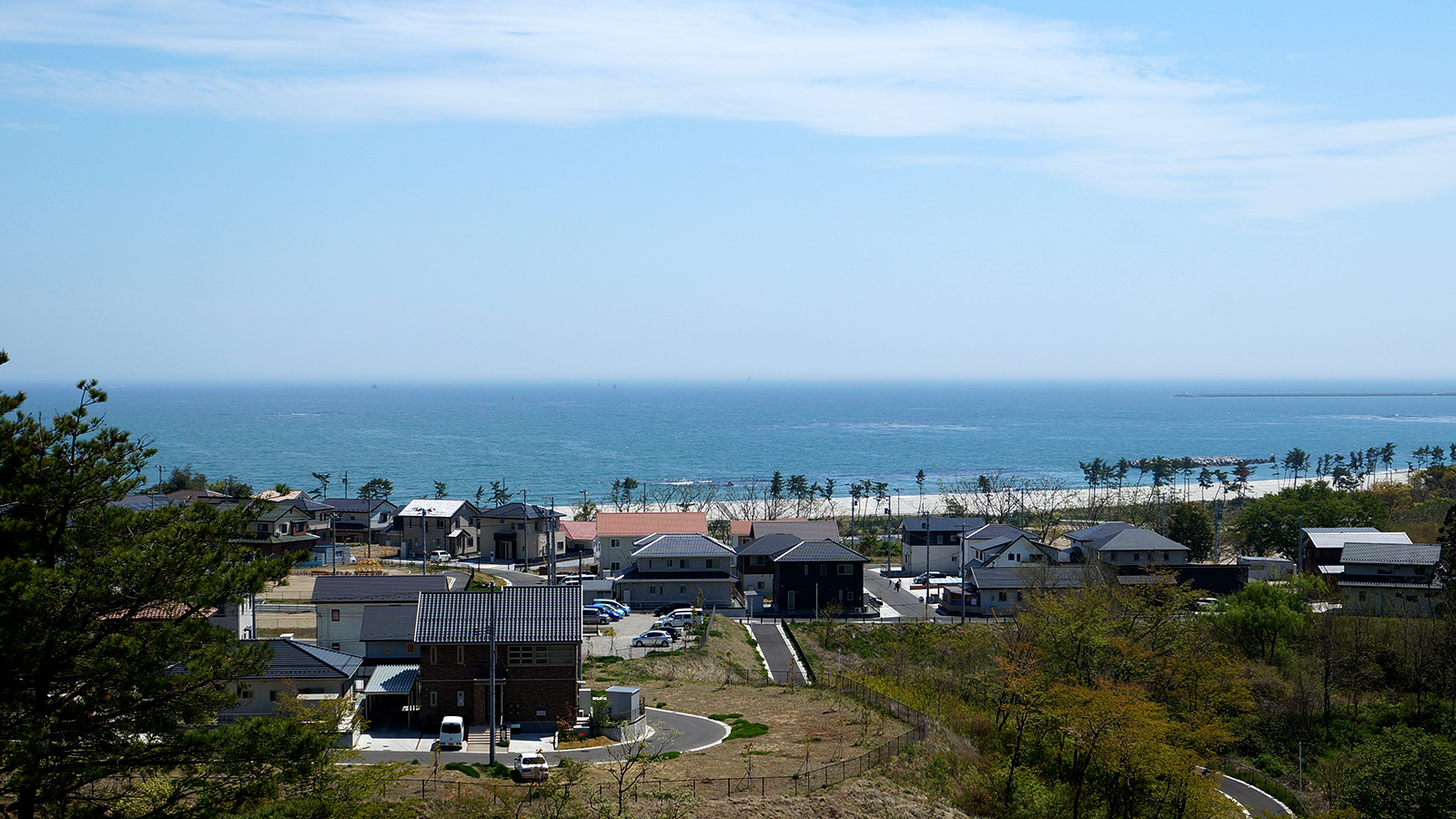 Shichigahama Kokusaimura (which literally means International village) is the complex facility which is located on the top of a hill, in which you can enjoy an amazing top-down view of the Pacific Ocean. Its building has features that are modern and western style.

In the facility there is an exhibition hall, a concert hall, a gallery, a restaurant, an outdoor theater and other amenities. And in the annex, there is the exclusive American pioneering historical museum “Plymouth house” in Japan.

As the name of Kokusaimura (International village) suggests, there are periodically various international events held here! When I visited to gather information, the American festival was being held, so I will share my report with you about it! 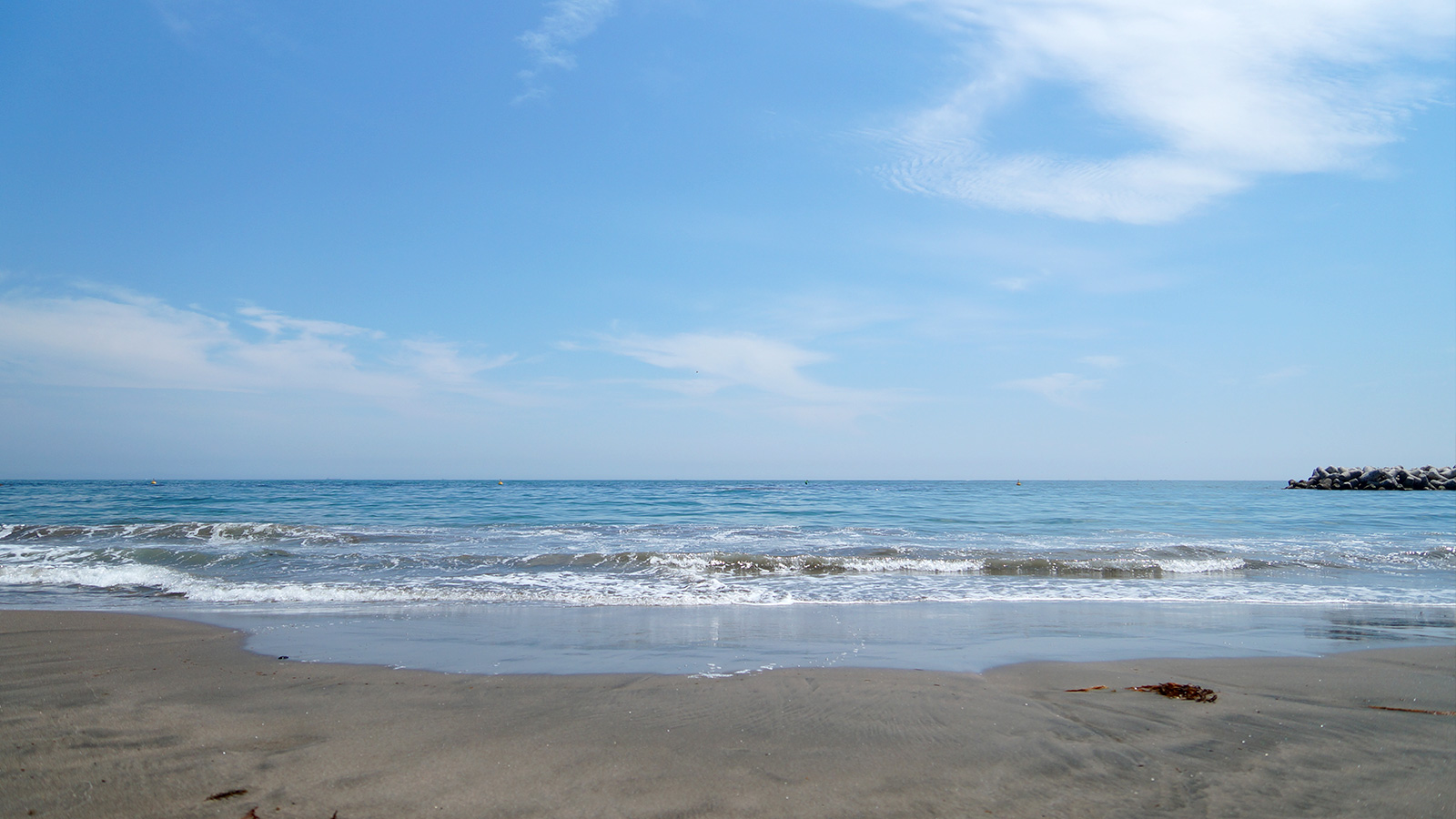 Shichigahama town is the smallest town in the Miyagi prefecture, and is located in front of the Pacific Ocean. It’s about 20 km away towards the east, from the center of Sendai city it takes about 30 mins by car.This location has been enjoyed by foreigners as a summer resort since the Meiji period. Especially Shobuta beach (Shobuta Kaisuiyokujo) located next to the Kokusaimura in which you can enjoy not only the beach, but also Surfing, Yachting, Jet skis and Beach bars etc., it’s famous for one of the largest Mecca of marine sports in Miyagi.

The modern style building that doesn’t look like a Japanese public facility. 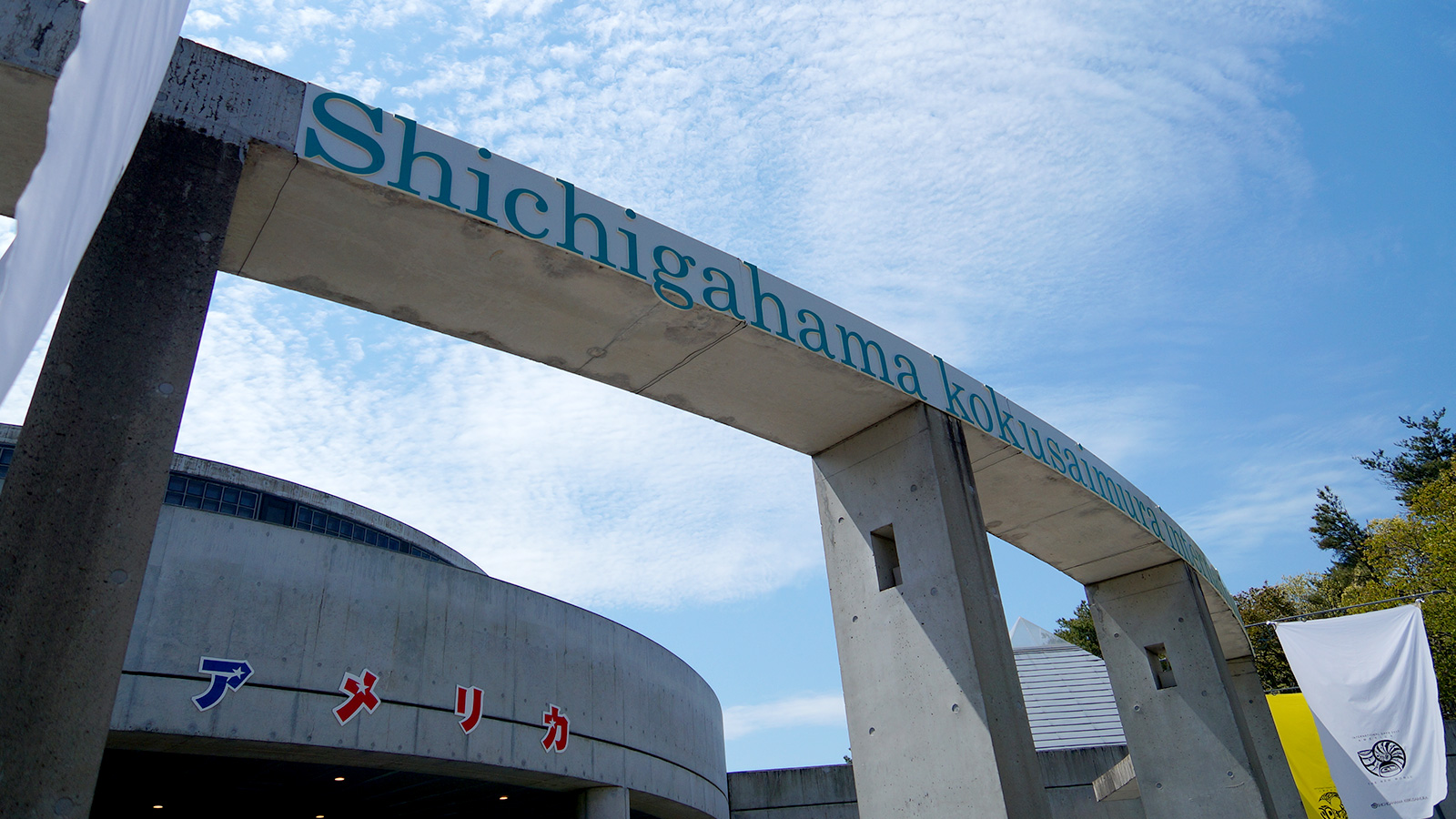 The Shichigahama Kokusaimura is a complex facility which the Shichigahama town built. The bare concrete wall style building which has a spiral concept is very modern and it is even reminiscent of resort facilities. 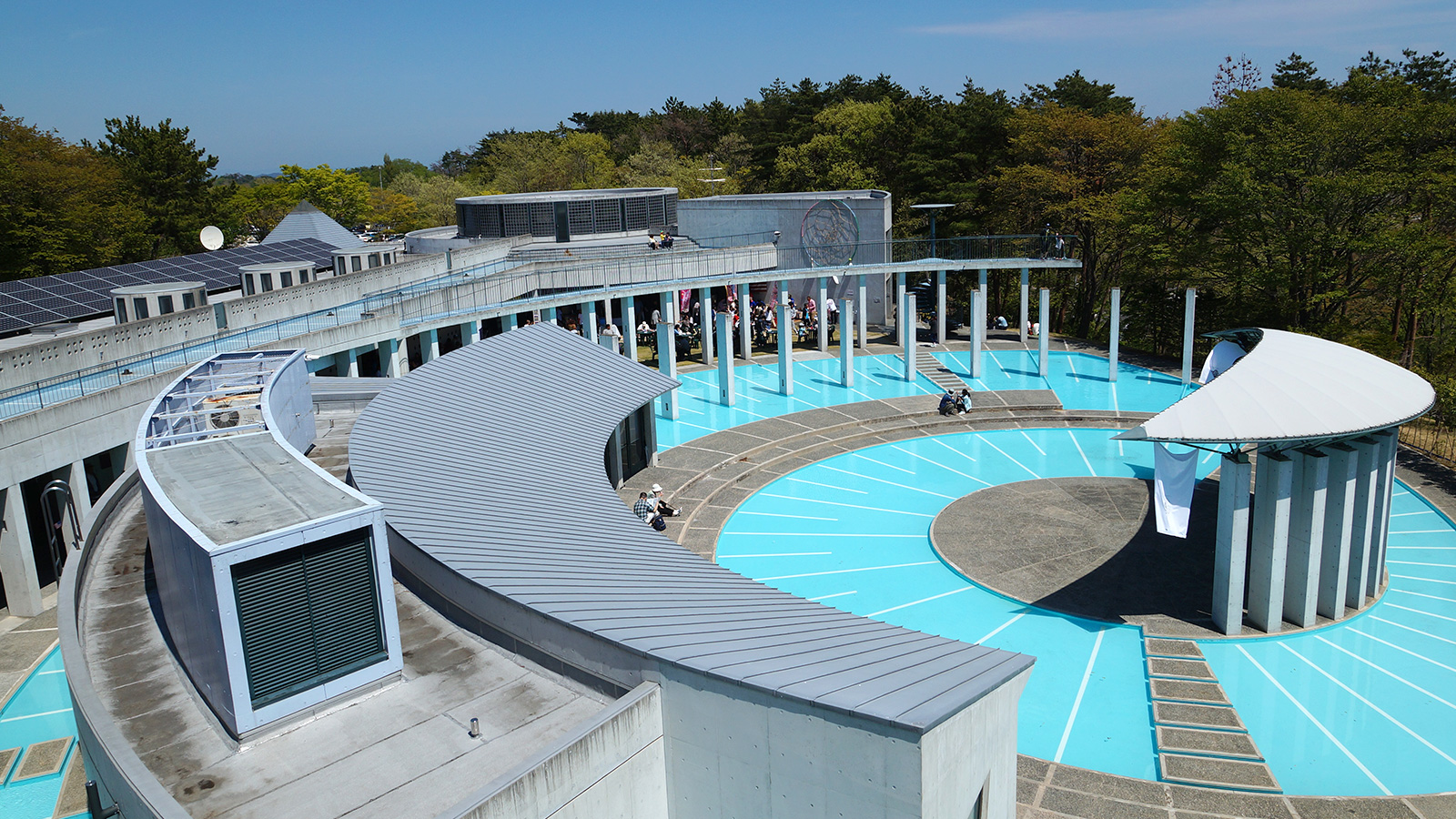 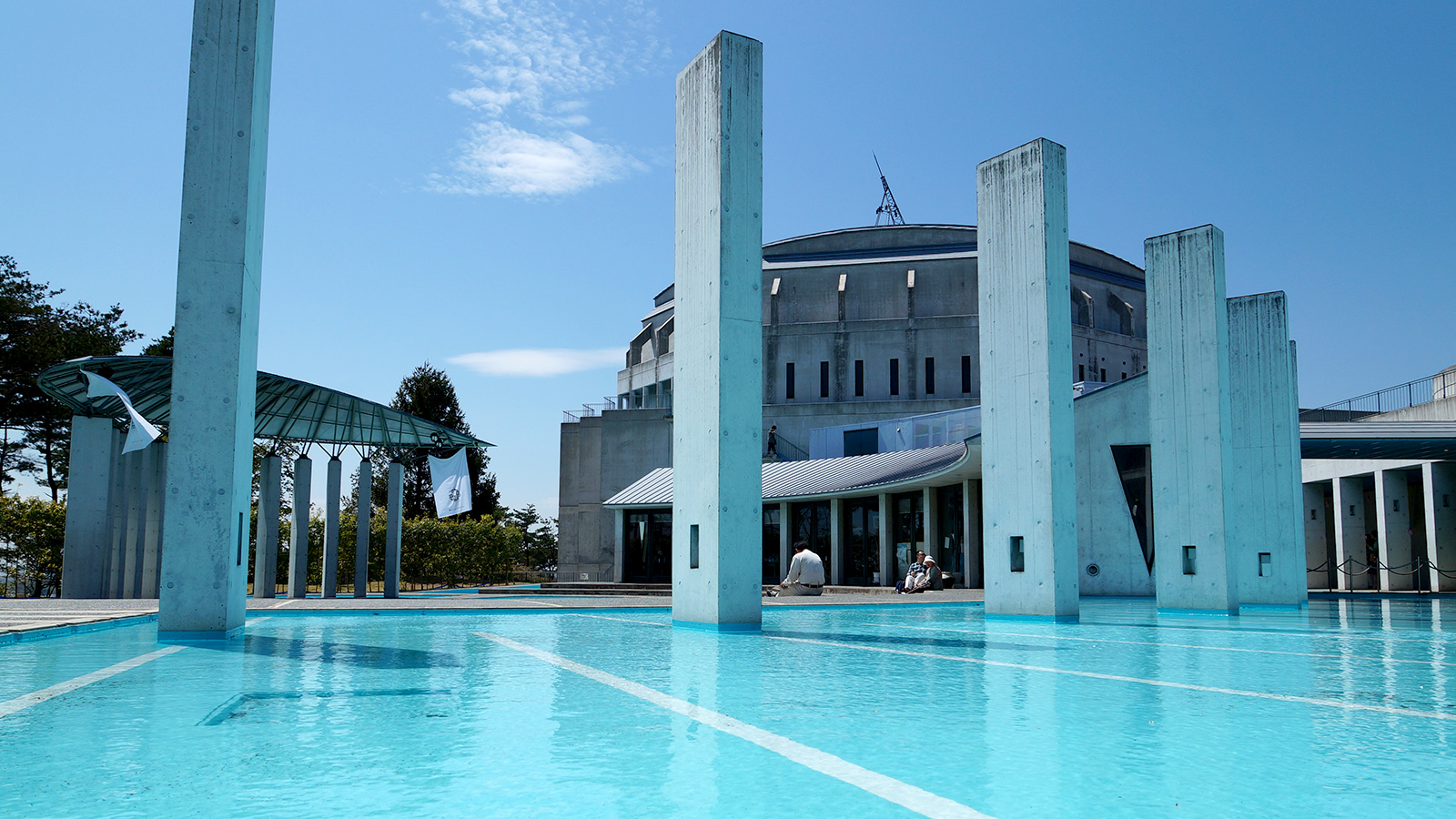 Look at this great combination with a blue clear sky! That was the amazing view and wonderful illusion as if I had suddenly slipped into a foreign country. 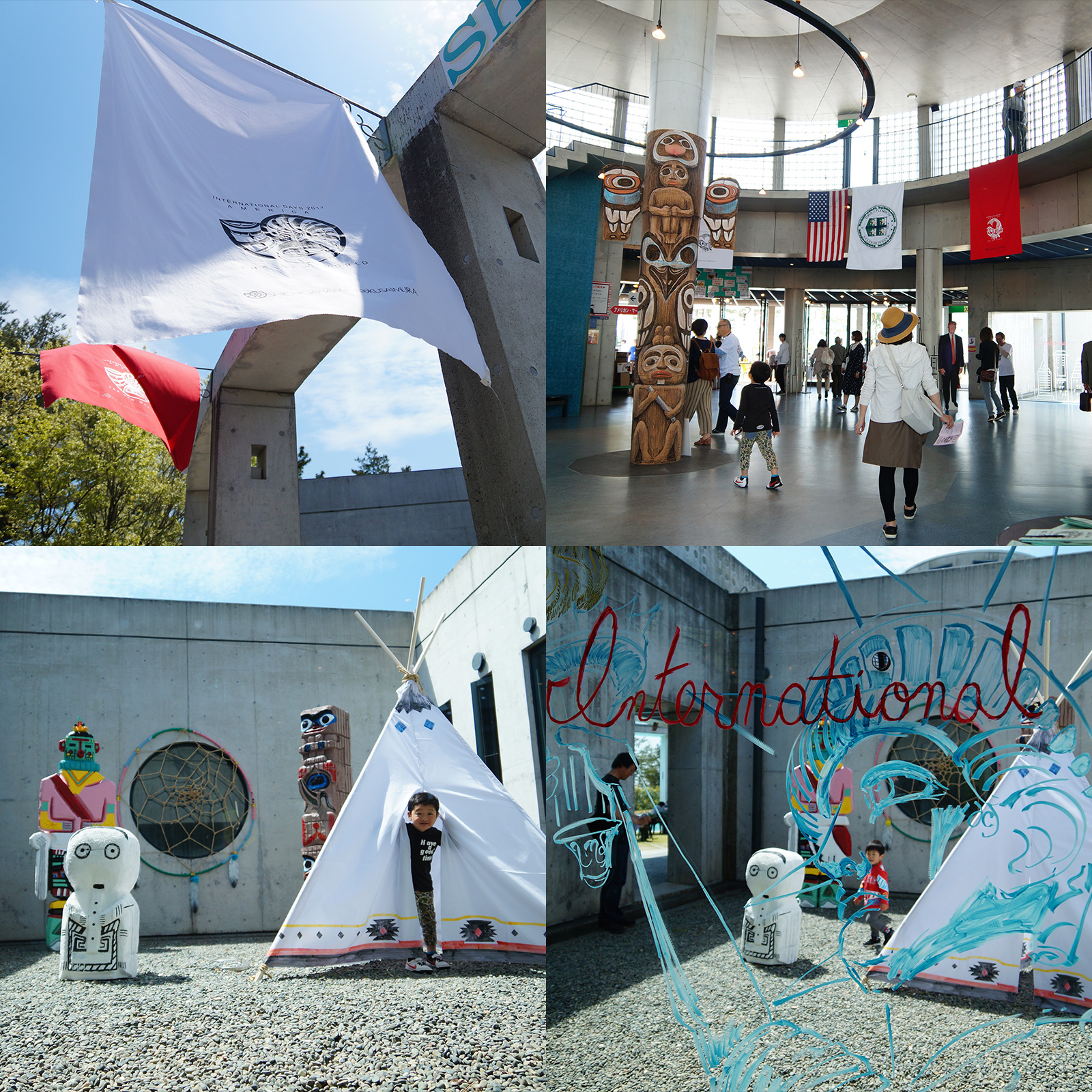 Let’s get into the facility. There is a flag of the Stars and Stripes, a Totem pole, the Statue of Liberty, Indian tents and even the president Trump! 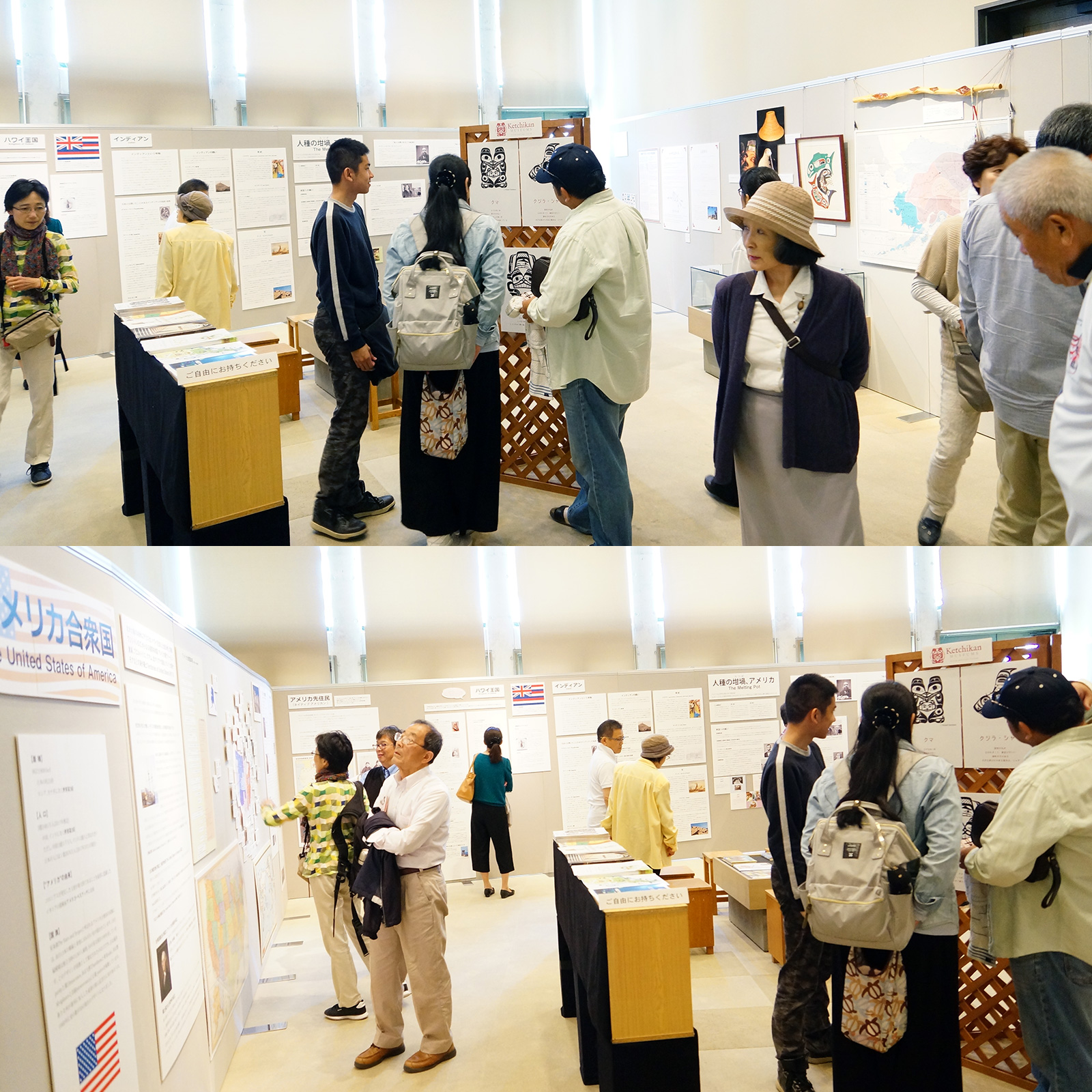 In the exhibition hall, there are panels exhibiting “The history of how the U.S.A was born” and “The culture of the native American” which are explained in detail.
Hmm, it smells good… I followed the tasty smell and got out to the courtyard, there are hot dogs and hamburgers! They are an American size! And there are even bottles of beer such as Budweiser and Corona next to them!I had lunch already before visiting, but sure, I bought them! 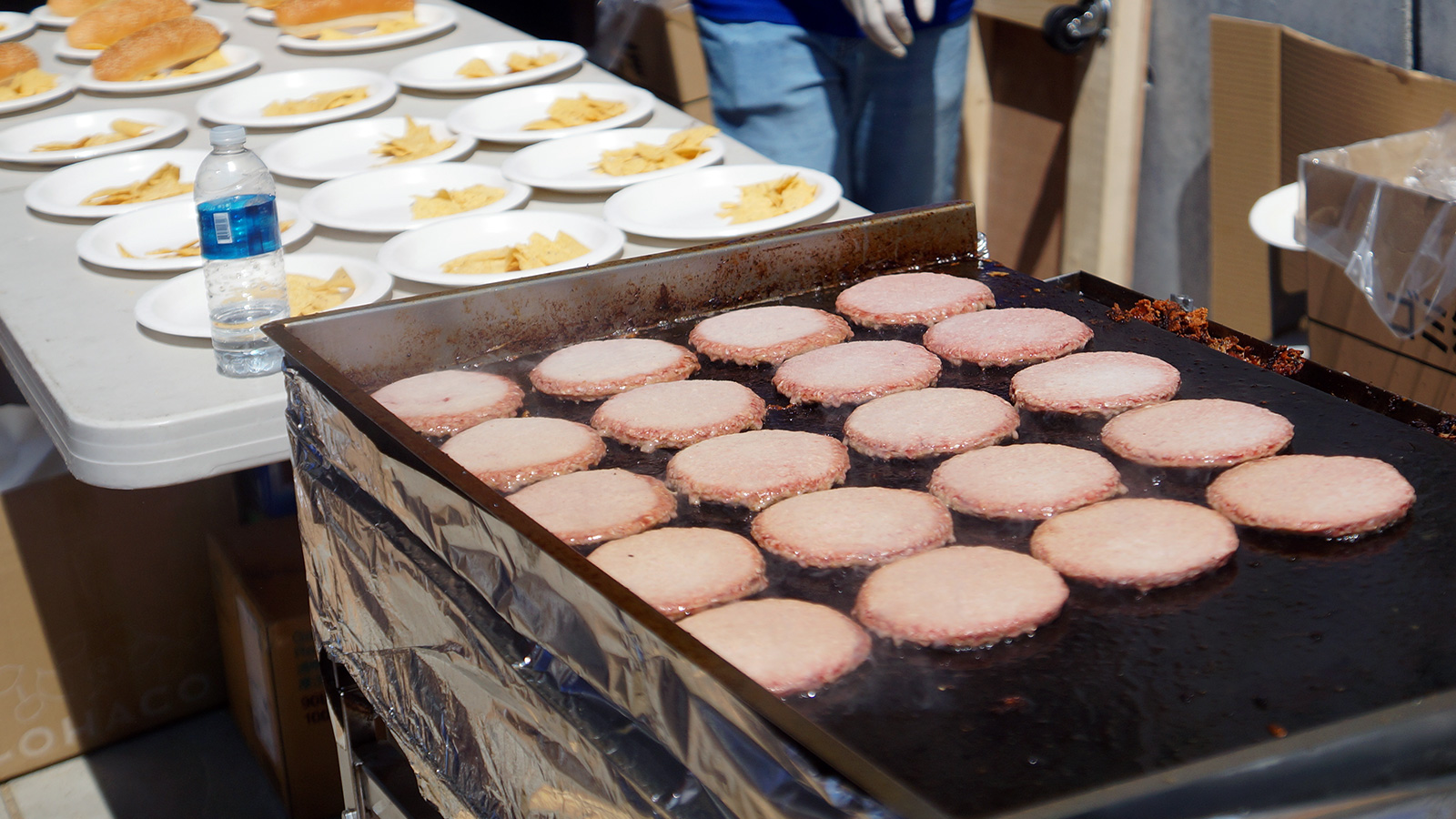 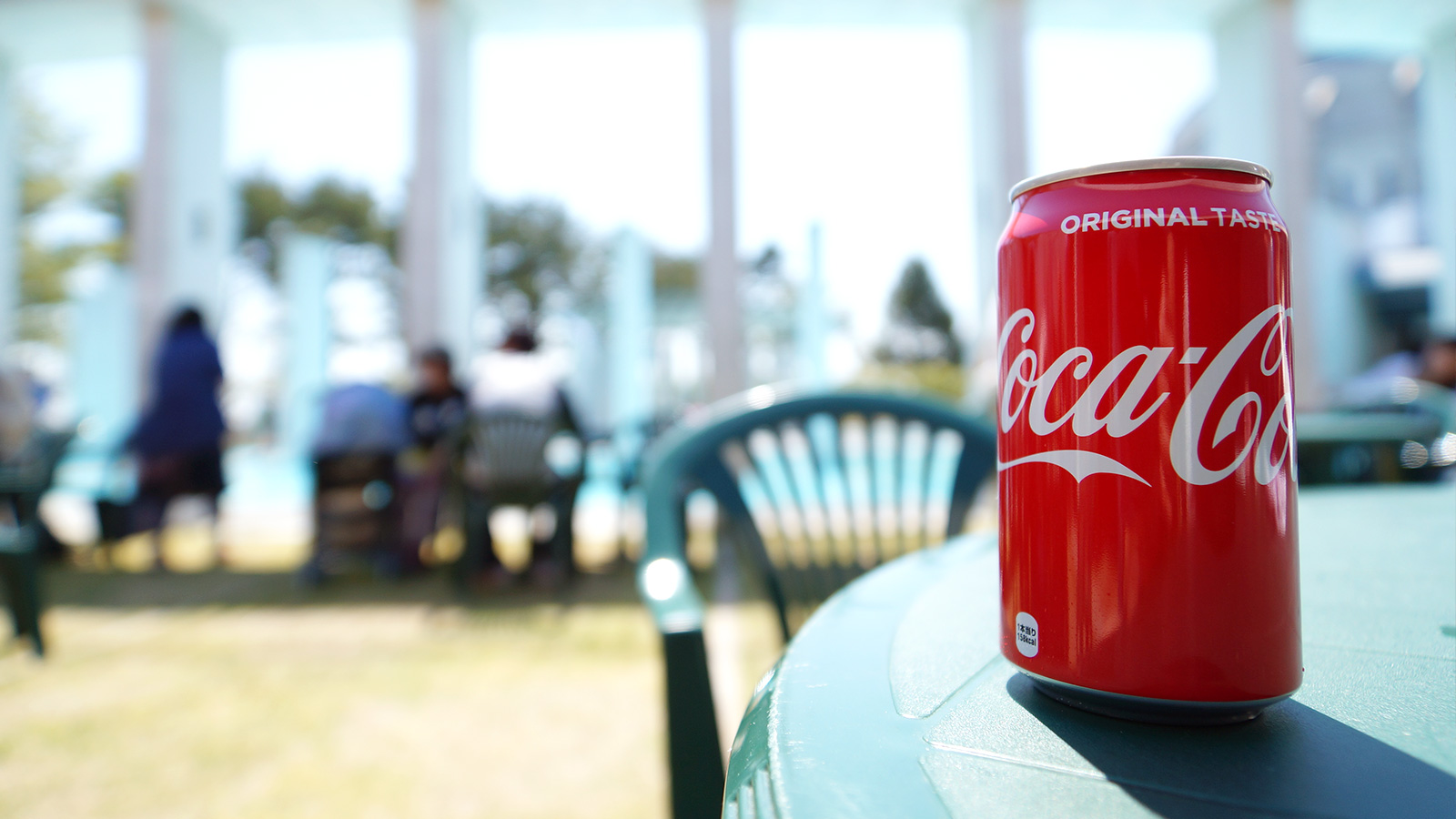 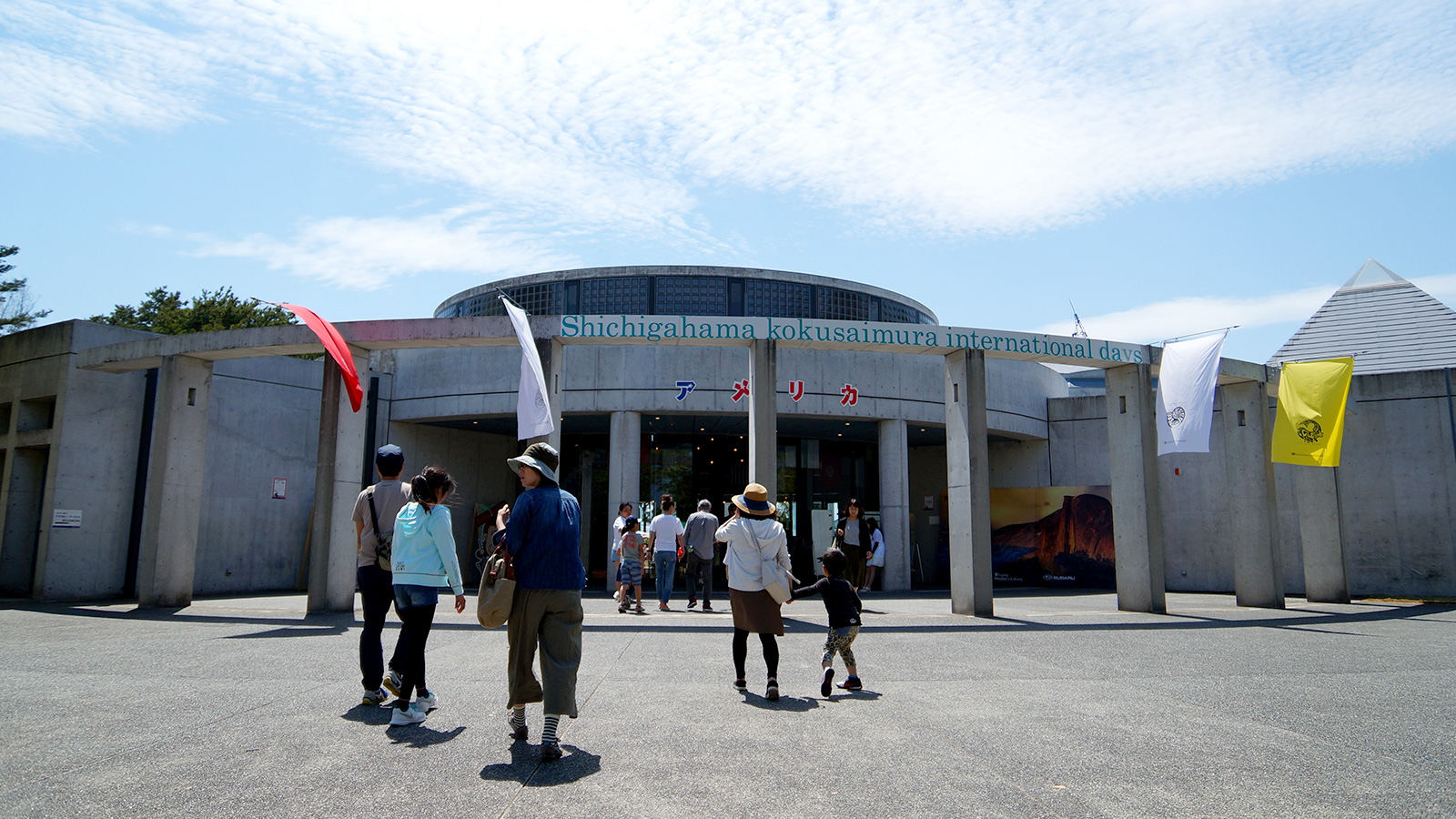 Shichigahama Kokusaimura is a highly recommended sightseeing spot that you can enjoy both learning, discovering and having a great time. It’s worth visiting just to see the building, too!

What about having a lovely weekend to enjoy the international exchange with an ocean view at Shichigahama? The summer is almost there!